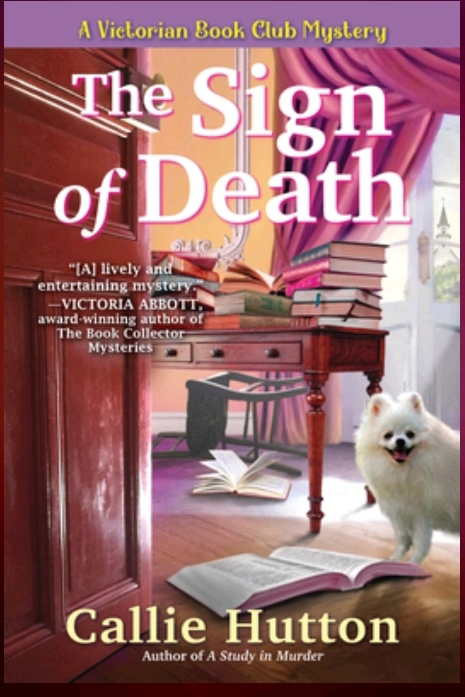 William Viscount Washington has enough to worry about. His mother, who has made it her business to see him married, is planning to move into his palatial home. To make matters worse, he had been suspecting that James Harding, who handled his financial affairs, was guilty of some irregularities in handling his money. And now he is dead.

Somebody pushed a drunk James into the river. It’s not hard to believe James capable of theft and villainy, but William knows that James was a staunch teetotaller and would never consume a drop of alcohol. Could another of his clients have done him in?

Matters come to a head, when the police, constables Carson and Marsh, suspect William of having murdered James. William needs to find the real killer or face the prospect of being sent to jail or, worse, strung by the neck himself.

William’s best friend, Lady Amy Lovell, is a young society woman who is also secretly a well-known murder mystery author, ED Burton. She is excited at the thought of attempting to solve the mystery and anxious to clear William of blame.

But will the two succeed in proving William’s innocence or will they meet with foul play themselves?

What I liked was the fact that the author didn’t feel compelled to endow Amy with external beauty. We are told that Amy fills out her clothes. Nor is William the kind to hold her weight against her.

Since both William and Amy are readers and members of a book club, we are treated to references to AC Doyle’s Sherlock Holmes books and the stories of Edgar Allan Poe.

Unlike Sherlock Holmes who enjoys something of a cult status with the police, detectives Carson and Marsh don’t appreciate the meddling on the part of William, particularly as he is a member of the nobility and ranks high on their list of suspects. Both main characters are also great advocates of women’s rights at a time when such views were not the norm. In fact, Mr Colbert, a member of the book club, mentions that women are good only wiping children’s noses and gossiping. It is not an uncommon view, which is why women authors then received greater traction if they wrote under a male pseudonym.

All the characters are very likeable, even the ones playing bit roles, such as Amy’s Aunt Margaret, and the members of the book club.

The character of Amy, in particular, was sweet. She has a tendency to put on weight, but has a positive body image. She is feisty and unafraid, an equal partner with William in the murder investigation. Also, at a time when women didn’t have their own careers or business interests, Amy is a successful best-selling author of mystery fiction. A woman holding her own in a man’s world.

There is a charming sub-plot about ED Burton being required to show up as a special guest at a book fair. The dilemma of how to handle this situation plagues Amy, given that anonymity was the only condition when Amy’s father gave his consent to let her publish her books.

The banter between William and Amy was sweet and clever; it was good to see a fictional relationship based on friendship and mutual respect.

Lady Amy’s full name is given to us the fourth time it is mentioned, not the first. Also, there were times when the transition between paragraphs was too abrupt.

The language isn’t always appropriate to the time. Aunt Margaret describes James Harding as an “arse.” It felt odd to see the word, axe, spelt the American way as ‘ax.’ At another point, Amy asks William’s mother if she would like a tisane, a herb tea. The word itself emerged from the French language in the 1930s.

Other than these errors, I found this work cozy mystery a good read.