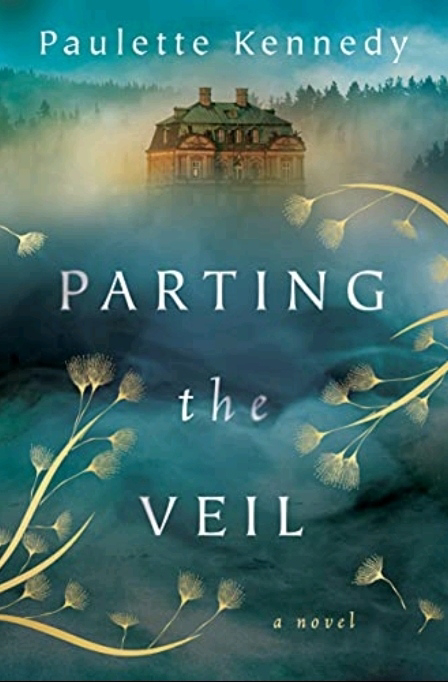 Parting the Veil is a Gothic tale that is high on mystery and intrigue. The title refers to the parting of the veil that separates our world from that of the spirits.

In June 1899, American Eliza Sullivan arrives at Southampton, England, from New Orleans in the US with her half-sister, Lydia Tourant. She has let her past behind to start her new life in England, where she has inherited Sherbourne House from her deceased grandaunt.

According to the terms of the aunt’s will, Eliza must marry within three months of her arrival in England or else forfeit her claim to the house and estate.

Before long, Eliza falls in love with Lord Malcolm Winfield and his sprawling mansion, Havenwood Manor, not necessarily in that order, and rejects the suit of the richer Lord Charles Eastleigh, making herself an enemy in the process.

Smitten with Malcom and anxious to save him from being evicted from his home by Lord Eastleigh, Eliza elopes with Malcolm, even though her sister and nearly everyone in the village warn her of his bad reputation.

Once married, she wonders if she has made a mistake. Malcolm is a tender and fierce lover by night, but cold and distant during the day. Worse, the house appears haunted. There are ghostly sounds and shadows that frighten her. And Malcolm increasingly frightens her with his erratic moods. Lydia believes there is evil in that house.

Eliza wonders if she has married a man or a monster, and if there is any hope for her.

The book is written in the 3rd person past tense PoV of Eliza. The events in the present are interspersed with entries from the diary of Ada, Malcolm’s mother.

Right at the outset, we learn that Eliza does not live up to society’s expectations of her time. She is a far cry from the virtuous heroines we see in books set in that time. Eliza might easily horrify the people of England, and not only because she is American. Her habits, sexual desires etc are in contravention of what is seen as ‘proper’ in Victorian England. She is not averse to smoking and drinking and is inclined to be adventurous and curious on account of having read far too many novels.

Nor is she keen on motherhood. Eliza would rather have a career, and build her own stables.

In fact, one of her suitors, Lord Charles Eastleigh is shocked to learn that she is the horsey sort. He also thinks her cheek does not suit a lady.

Lydia is another strong character, persevering in loyalty to her lineage, even when the easy thing would be to claim white privilege and parentage alongside Eliza.

Despite their differences and their conflict ridden past, the sisters are immensely loyal to each other.

There are some French words strewn through the book, a reminder of their New Orleans upbringing. We also learn about feu follet, the legendary spirit of French and Louisiana folklore. There’s also a glimpse of the Creole culture of Haiti with the respect accorded to voodoo. The faith elements also come out strongly with Lydia telling Eliza, You’ll only be a prayer away.

What I liked most about this book was the care invested in using appropriate vocabulary. Writers of historical fiction often inadvertently end up using words that didn’t exist in the time and place they are writing in. In this book, I had no such complaint. The vocabulary used by the author creates an image of the period, with its chamber pots beneath beds.

The language is pitch perfect. Century-old words for everything. I kept the Kindle dictionary busy, with my attempt to figure out the meanings of so many words, now in disuse. Those four stars are for the vocabulary and the language.

I also appreciated the little details. Lydia pointing out the British pronunciation of lieutenant as being funny, for instance.

The dark tones hint at a delicious Gothic tale and deliver too.

Havenwood Manor is like Wuthering Heights; it exerts its charm and mystique on us. With its spiral and grand staircases, a conservatory and a grand foyer among other things, it would be a treat to see the house on screen. The burned down dilapidated south wing might have its own tragic beauty. The author brings out well the sense of sadness and mystery surrounding the house.

The action scenes are handled well. The scene where Eliza finally steps on to the south wing had me reading with nervous excitement.

The pace of the book is rather laidback. This is fine in the first part of the book, but gets gradually annoying in the middle, when we wait for things to happen.

The book could, and should, have been shorter. It took a long time to get going.

After the wedding, I found the wild lovemaking tedious. It was annoying to be told repeatedly about the ache between her legs.

Till the 61 percent mark, I couldn’t see which way the story was headed. There was no clear antagonist in sight. The pace picked up in the last 100 pages. Unfortunately, I wasn’t impressed with the resolution. It seemed forced, and the explanation wasn’t explained properly.

There are a number of queer characters here. At the end of the book, one of the prominent, yet little known, characters says, This is one queer tale. I’d say, in more ways than one. 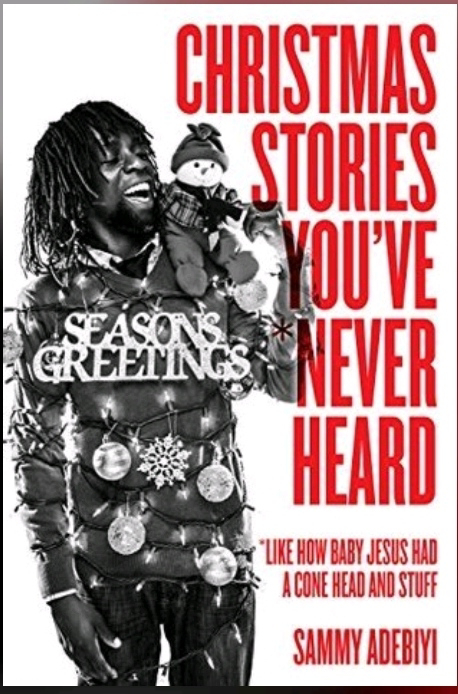 This book does the impossible, bringing about a sense of newness to the Story of the Nativity, a story we’ve heard a thousand times and could recite in our sleep.

Through seven short chapters, all quirkily named, this book brings about a newfound reverence in all readers.

In Christmas Choir Gone Bad, the author reminds us that the people in the Bible were far from perfect. Their stories were the kind of stuff that Sunday School teachers would frown at, but that’s how it is. And yet, God picked these imperfect people to be part of the lineage that ultimately Christ was part of.

It is a reminder that our imperfections can’t get in the way of our salvation, as long as our faith wants in. As Adebiyi says, “Don’t worry about the super ripped, balding angel bouncer at the door.”

The writing is imbued with candour; the author relates each of the highlighted elements with experiences from his own life. He explains the analogies, occasionally stretching them to the limit, until we get what he is trying to say.

As he promises, he delivers. It is true that we have taken the superawesomeness of the Christmas story for granted but that’s because no one really pointed it out to us the way Adebiyi has.

Messrs Mathew, Mark, Luke and John used simple words to write their versions of the Gospel because, of course, a story as amazing as that didn’t need embellishment. The truth was amazing by itself.

That is why it helps that Adebiyi has highlighted some of the most inspiring elements of the Nativity story, all tied up casually in a tone that mixes up the elements of pop culture with all things Biblical. Once you focus, you see the thread of deep faith and reverence that suffuses the writing.

Don’t get me wrong. Silent Night is still my favourite Christmas song. But it conjures up such a peaceful and calm world that it’s easy to imagine Jesus in His divinity, and think of Him as perfect, never peeing or pooping, Mother Mary never facing issues of sleep deprivation, or any of the normal frustrations that a new mother faces.

Christmas Stories You've Never Heard: Like How Baby Jesus Had A Cone Head And Stuff is just the kind of book you need to remind you of what a miracle Christmas is. I read it after Christmas and it helped me to wipe the dust of the ages and see Christmas as I did as a child: with a sense of pure joy and wonder.

Posted by Cynthia Rodrigues Manchekar at Tuesday, January 04, 2022 No comments: