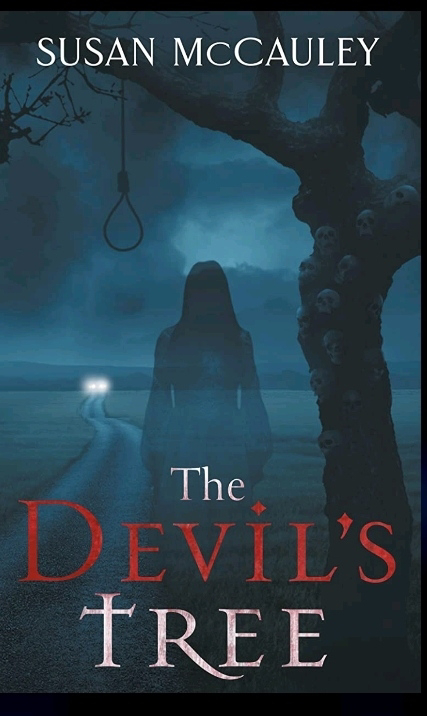 Kaitlyn Karly and her boyfriend, Hunter McMaster, are out with Kaitlyn’s best friend, Keisha Richards, and Hunter’s best friend, Dylan Anderson, who are a couple. The plan is to drive down to the edge of town where Dylan plans to shoot photos of a supposedly haunted tree called Devil’s Tree for a local magazine.

A ghostly presence chases them from the tree, and the bodies of Keisha and Hunter are found by the townsfolk. However, the funeral is not the end. Kaitlyn and Dylan begin to be haunted by the ghosts of an utterly frightened and subdued Hunter and an angry Keisha, both far removed from their personalities in life.

Kaitlyn appeals to Fr Eduardo Alvares, the Catholic priest who officiated at the funeral. At first, he doesn’t believe her, and refuses to get involved. Later he tries to help them, and suffers a setback himself. Now Kaitlyn and Dylan have to do what they can to bring peace to their dead friends. Leaving their dead-end town and heading out to college isn’t an option, not unless their friends are at rest.

Finding answers will mean spending time together. Strangely, a nerd like Dylan has begun to evoke strange feelings in Kaitlyn but the ghost of Keisha has already warned her to stay away from him.

For Kaitlyn, living in a trailer with an alcoholic single mother, getting away from town is the only way out. But will they find a way to bring peace to their friends or will they be the next to die.

The book is written in the first person PoV of Kaitlyn. The writing was good, but not quite what I’d come to expect of the genre. There was too much of romance eating into the facetime that should have rightly belonged to the horror genre. I would have liked this book even more if the romance had been toned down, or if Dylan and Kaitlyn had begun to date each other towards the end.

At first I didn’t take to Kaitlyn, but gradually I began to like her. She turned out to be a strong character who got over her challenges and grew to embrace her strengths. The loyalty she displayed towards her friends was a good character trait.

There were few characters in the book but most of them stood out. Only Dylan’s dad seemed to be unbelievable in his snobbishness. Among the minor parts, Kaitlyn’s mother’s character was particularly well written.

The townspeople turned out to be a character. Their refusal to accept Hunter who hailed from a respectable family and Kaitlyn, as also the opposition they had to white Dylan dating black Keisha was an obstacle that loomed through the book.

Every time the author wanted to talk about something disgusting, she came up with a roach analogy, and truly, there is nothing more disgusting than a roach.

I liked the way the book made itself relevant to today’s times by talking about issues such as racism,  hatred and forgiveness in the face of judgement and prejudice. It also makes a case for acceptance of homosexuality.

Another thing I liked about this book was the total lack of foul language. She even made the horror and the dread evoked by the demon appear believable without having to use cuss words. So many books nowadays can’t seem to get a sentence out without using bad language.

Kaitlyn’s arc was well written, and I liked the ending and the message it carried. I especially liked the fact that her mother’s issues weren’t magically resolved.

There were only a few errors. The father was saying something and other statements like these with the words, the father, as the subject should have been changed to the priest.

Why the funerals are held in the Catholic Church isn’t explained in a believable manner. The fact that Dylan’s dad is willing to foot the expenses is insufficient explanation as neither Hunter nor Keisha are Catholics.

All in all, a good book. Not too scary, just the way I like it. A ghost story tempered by hope and redemption.

(I read this book through NetGalley. Thank you, NetGalley, the author and the publisher.)
Posted by Cynthia Rodrigues Manchekar at Tuesday, April 06, 2021 1 comment:

The cover page of the book quotes a review by the Daily Record describing it in these words: “as compelling as McCall Smith’s Precious Ramotswe. High praise indeed and completely unfitting, it turned out, once I began reading.

The book tries to be more than a murder mystery so there are a lot of cultural references and talk about India from the eyes of Inspector Singh, a citizen of Singapore, with no particular feeling for the land of his ancestors.

In particular, the observations around Mumbai are so prejudiced that they aren’t cool at all.

Forced to go on medical leave after his last case, Inspector Singh of the Singapore Police is roped into flying to India to attend the wedding of Ashu, the daughter of his wife’s cousin.

When Ashu disappears a few days before her wedding, her wealthy paternal grandfather, Tara Singh, wants no scandal and tasks Inspector Singh to bring his grand daughter home.

The investigation becomes a case of murder when a charred body wearing Ashu’s favourite earrings is found. But Mrs Singh is adamant that her family must not be found at fault.

Earlier on, in the Prologue, we come to know of the aftermath of the assassination of Prime Minister Indira Gandhi by two of her Sikh bodyguards in 1984, the riots that broke out, and the loss of life and property.

The book cover is a mishmash of random images associated with India that have no bearing upon the story.

The story is written in the 3rd person past tense limited PoV of multiple characters.

Much of the author’s basic understanding is faulty. Inspector Singh is more Singaporean than Indian, and yet he is crazy about cricket, and follows the Mumbai Indians, of all things.

Ashu and her brothers call their parents Mata and Pita, which is odd, because these words are basically Hindi for mother and father. But they are not a form of address at all. The right way to address parents in Hindi would be Mataji and Pitaji.

The Indian mobile number of Inspector Singh is offered to the assistant commissioner of Police Patel, without letting us readers know that he had got one.

The slumkids refer to Ashu as Doctor Amma (mother), when Doctor Didi (sister) would have been more apt, given her age.

The reference to Immaculate Conception, when referring to the pregnancy of the dead girl, is in extreme bad taste.

Mumbai Police, a formidable force, are shown here as lazy nincompoops who have no problem with taking directions from Inspector Singh. It is odd that ACP Patel is shown to speak grammatically imperfect English, eschewing articles, while Mahesh, a runaway child who lives in a slum and is illiterate, speaks perfect English. Inspector Singh finds no fault with Mahesh's language skills.

Incidentally, faulty English seems to be the author’s forte.

At one point Inspector Singh reads a news item regarding the judgement on the demolition of the Babri Masjid. He observes, reading the errant paragraph aloud, that there are no prepositions in it, when it is the articles that are missing. And that seems to be the author’s problem.  Mrs Singh speaks incorrect English. Satisfying the author’s strange ideas of our language skills, she too avoids using articles while speaking.

This book deliberately reduces India to its stereotypes, the very thing that a good writer does not do. The author of this book tells us a bunch of crap, and tries to pass it off as the truth about India. According to the author, suits with Nehru collars are preferred by Indian businessmen. Most people are constantly chewing tobacco.

Inspector Singh is worried about the origins of the dust on his shirt in a country where millions don’t have access to toilets.

Here is a ridiculous and highly sexist quote that shows this author knows nothing about India. The dislike of most Indians for natural light was a curious feature of the race. Perhaps they feared a darkening of their not-so-lily-white skin?

Clearly, the author has a chip on her shoulder regarding skin colour.

The author also observes that households in Mumbai depend on tankers for water, and that families have to fetch buckets of water up in the lift.

The boss at the chemical works where Ashu worked is an American who calls Mumbai a hellhole. Another example of the author’s lack of research and imperceptiveness. This country, this city grow on you.

Every place on earth, every country in the world has its pretty and unsavoury sides. This author has focused only on the worst side of India.

I give her one star because giving less than one is not an option.

Posted by Cynthia Rodrigues Manchekar at Monday, April 05, 2021 No comments: