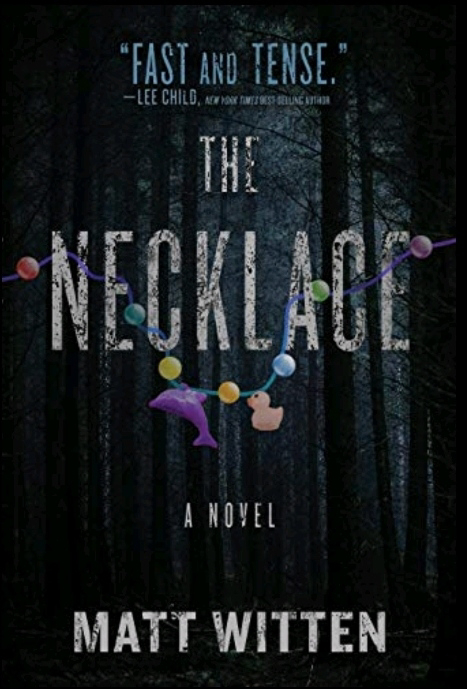 Susan Lentigo’s 7-year-old daughter Amy was raped and murdered twenty years ago. Now the monster responsible is going to be executed at a penitentiary in North Dakota, and Susan plans to witness the much-deserved execution of the man she thinks of as the Monster. And yet, something feels off.

Her friends raise funds to enable her to make the road trip to Dakota. But her car breaks down, and her money is stolen. She has to take a series of buses, sleeping at bus stops and washing up in diner bathrooms. Her struggle without money, being temporarily homeless, is hard, but the desperate mother rallies on, determined to make it to the execution.

About 20 years ago, the death of her daughter broke her family, as husband Danny divorced her and re-married and is now living with his wife, son and daughter in a distant town. But Susan is still holding on to her rage and grief, unable to forgive or forget, hoping the execution will bring closure.

But then she discovers a clue that shows that the wrong man may be killed in the execution, while the real killer gets away scot-free, if she doesn’t succeed in convincing the police to re-open the investigation. Her own daughter is lost to her, but maybe she can save another little girl from a horrible fate, and save the man she has called the Monster.

But are her suspicions right? Or is her grief-ridden mind making another mistake?

The book is written in the 3rd person limited past tense PoV of Susan. Alternate chapters are presented in the Then and Now timelines. The Then narrative is related to the disappearance of Amy, the investigation and the trial, while the present narrative takes us along with Susan on her difficult journey to North Dakota. Once the Monster is sentenced and her marriage breaks down, the narrative remains focused on the present day.

The Necklace of the title refers to a necklace that Susan and Amy had strung together, one that Amy vowed never to take off. Made with colourful plastic dolphin, duck and unicorn beads, the necklace was never recovered, and the police believed that the killer had retained it as a souvenir.

The basic premise of this novel is horrifying for any parent.

I liked the fact that Susan got by on sheer pluck and persistence, despite being hampered by lack of money and zero tech skills, buoyed along by the goodness of strangers. The extreme cold in the North and the long distance she has to traverse to reach her destination are other challenges that confront this single mother. This road trip gone sour is described well.

For a long time, the Monster isn’t given a name and we’re left puzzling over his identity. We first hear his name at the 36% mark, when Susan first becomes aware of him.

There’s a race-against-time element about the finish which comes at the 96% mark, just when the book is about to run out of breath.

I thought the book could have done without the romance. Susan’s life was so filled with turmoil at this time, the romance felt intrusive. For a mother who’s so focused on justice and doing the right thing, taking time off for love seems uncharacteristic. I thought the hint of the romance should have been saved for the Epilogue.

Also, the book started way too early. I almost lost interest at the beginning. It should have started with the crime and the information about the stringing of the necklace should have been presented later in a flashback, rather than opening the book with it.

We never get to know why the perpetrator did what he did. There’s no closure on that, and this feels like an important piece missing. Also, I would have liked a little more information on the Monster in prison.