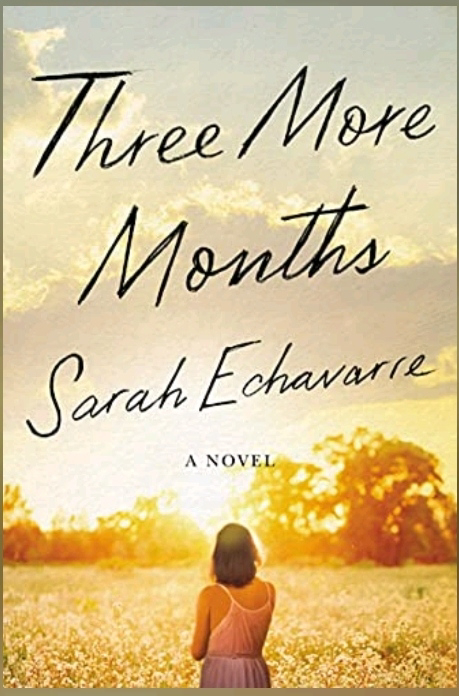 Chloe Howard is a busy woman. Her work, as pharmacy residency program director at a medical centre, takes up all her time, leaving her unable to make time for her mother, Mabel, and younger brother, Andy. Her mother constantly berates her for over-working, and Chloe agrees to take time off work and visit her mother.

But the night before the visit, Mabel suffers a cardiac arrest. By the time, Chloe gets home in the early hours of May 7, Mabel is dead. Chloe and Andy give way to grief, but for Chloe, the grief is compounded by guilt, at not having spent more time with her mother.

Two days before the funeral, Chloe wakes up to find her mother alive and well. What’s more, it’s March 30. Grateful for the second chance she has, Chloe decides to spend more time with her mother, to do more things as a family.

Her therapist thinks the change in the timeline is merely Chloe’s worst fears manifesting themselves and appearing real. But Chloe knows she must use the time to heal the rift between her mother and her sister, and work on her mother’s health issues. She plans ways to get her mom to eat healthier, and spend more time in meditation and exercise.

The second chance is a lifesaver, offering many people the chance to make good. But Chloe, and we, can’t help waiting for the shoe to drop. Something’s gotta give, and it does, in a small well-executed turn of events.

The book is written in the first person present tense PoV of Chloe.

Mabel is a Filipino immigrant, so there is a smattering of Ilocano words and phrases throughout the book, besides the mention of various foods from their cuisine. There was only one error here. Chloe’s aunt, a staunch Catholic, asks Chloe about Mabel, whether the latter used to “accept” Communion. The right word is “receive.”

There’s far too much back story in the first chapter. I almost gave up reading. For instance, Chloe’s best friend, Julianne, is described as having shoulder-length light-blonde hair and normally pale-pink lips shellacked with ruby-red lipstick. Then her mother’s lips are described as normally shellacked in bright-red lipstick. Again, mom’s hair is shoulder-length raven-hued hair. For some strange reason, the author kept describing the hair of various minor characters. These details did nothing but add to the word count.

In another instance, the narrator over-explains what her mother’s perfume means to her. After her sudden death, the perfume is comfort and torment all at once to the daughter. The phrase hits home and needs no explanation, but Chloe goes on to tell us exactly why it brings both comfort and torment, thereby nullifying the effect achieved by the phrase.

There was a lot of repetition in the dialogue and characters told each other things they ought to have known. The writing could have been better style-wise, but the emotions that the author highlighted were relatable.

I could feel the pain of Chloe at the loss of the woman who had raised her singlehandedly after her deadbeat dad gave in to an alcohol addiction and abandoned the family.

The characters were all likeable. It was nice to see the bond between Mabel, Chloe and Andy, and to see Andy’s girlfriend, Hannah, and Chloe’s best friend, Julianne, pulled into the loving embrace of this family.

This book would have been better if the middle portion had been cut down. There is too much detail about Chloe's efforts to help her mom get healthy.