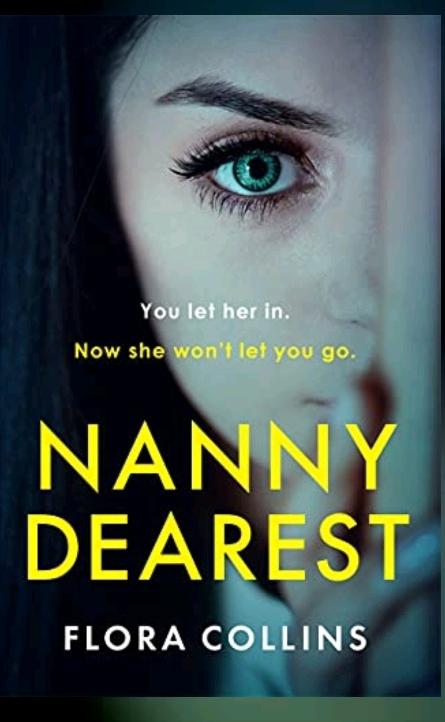 Motherless Sue Keller, having lost her mother to cancer at the age of three, becomes depressed when she loses her father to a cardiac arrest when she is in her mid-twenties. One day, she meets her nanny, Annaliese (Annie) Whittaker, outside church, and they renew their acquaintance.

Having been raised by her father, after the death of her mother, Sue used to feel smothered in that relationship, and has longed for answers. She wants to fill in the gaps in her memories and learn more about her parents. So the sudden appearance of her nanny makes her regress emotionally and she longs for the comfort that Annie once brought to her, even though the memory of those times eludes her now.

Before long, the two are inseparable. Sue’s best friend, Beth, is unhappy with this strange friendship, but Sue rejects her complaint and allows herself to break away from all her previous friendships, and even her job.

Initially, everything is smooth sailing for Sue. Her nightmares are gone, and she sleeps better even without medication. But Beth keeps insisting that there’s something off about Annie.

Before long, Sue is thinking like Annie, taking decisions like her, longing for her approval. Until she comes to know of what Annie has been doing to her little niece and nephew, her sister’s kids, who are her charges. And then she wants out.

The book is written in dual PoVs at two different timelines. So we have the PoV of Sue in the present day and that of Annaliese from May to July 1996. Both accounts use the present tense, a style that always makes the writing more real.

The writing makes us warm to each narrator, inviting us to understand them better. Even so, I thought the writing and the imagery evoked were way better in Annie’s PoV than in Sue’s. This makes Annie more compelling, compared to Sue.

There is a quiet and delicious air of menace about the book. We get the sense of a warning, that there’s going to be trouble.

The book takes a long time developing its premise. I didn’t complain, cruising on the prose which was really good. I kept reading, stifling my impatience, telling myself that with writing like this, the development was bound to be worth waiting for. I felt myself carried forward by the air of expectancy that the prose created.

And the writing was really good. Silence can be better than words, that it can fill people up with just the right amount of presumptions. A pregnant pause can imply anything.

It’s the oddest sensation, walking through these halls, like I’m exploring the body of a stranger who has a loved one’s donated organs.

Part of the privilege of being rich is luxuriating in oneself.

Annie’s PoV didn’t shy away from talking about things we rarely see in fiction: narration around excretion, vomiting, sickness, euthanasia and death, things that might seem off-putting. The description of a miscarriage is given: There was the red, the viscous clotted balls the devil had taken from her as it exited, dangling scraps of flesh stuck in its fangs.

But beyond a point, I lost interest. The twist came at the 64 percent mark, but without the excitement I hoped for. The wait had been for nothing.

Sue’s PoV was repetitive; the bits about working from home after her dad’s death were told to us several times. She claimed to have a bond with Lola and Jordan, but we don’t feel that bond.

For a long time, I thought that the relationship between Sue and Annie was going to turn sexual or at least predatory, but it didn’t.

I didn’t really like Sue or Annie. The fact that Sue wanted a maternal bond with her nanny, at her age too, seemed odd. In fact, none of the characters were likeable at all, except for Beth and Gavin, Sue’s boyfriend, to an extent for their willingness to support her.

There is love in the Keller family, but it doesn’t get a chance to bloom. It would have been nice to see more of Sue with her parents.

There were themes relating to grief, the loss of a spouse or a parent, or an unborn child that could have been developed. The relationships we lose and how we try to fill the holes left behind. But these themes weren’t dealt with at all.

The resolution took too long. And one major plot point was left unaddressed. A faster pace would have helped. Also, if Sue had found herself in more danger. Readers want to see characters get in trouble, and get out of it. But Annie, after showing off her evil side in a highly charged scene in which a poor cat is tortured and killed for no reason at all, doesn’t do anything by way of challenging Sue.

Most of all, I didn’t like the way the book ended. It was utterly bizarre. The animal abuse wasn’t mentioned at all. And the big reveal is told to us earlier on, so when Sue gets to know of it, it’s totally anti-climactic for us.