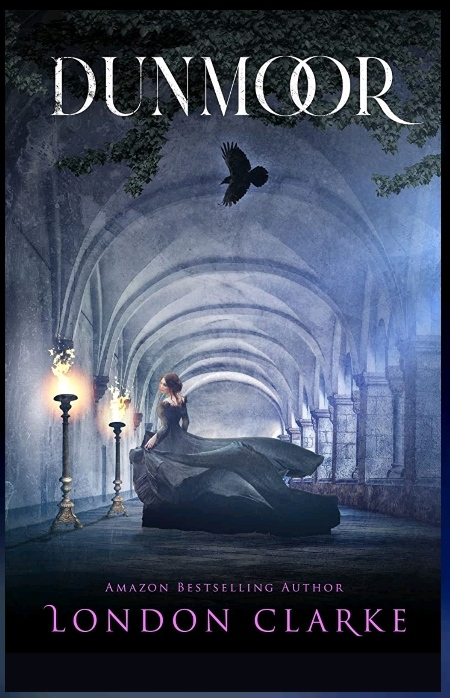 This is my second book by London Clarke. The first was The Neighbour.

In the Prologue, we come to know of a mysterious letter sent by Lord Drake Winters to his half-sister, Augusta, hinting at a dark secret in their past. Lord Winters has just sold the ancestral house, Dunmoor, to Luke Lennox, who intends to convert it into a home and school for orphans and foundlings.

Lady Helena Winters, abandoned by her husband, Drake, is already reeling from the scandal. Her father takes her to Dunmoor, with the intention of investing in Lennox’ efforts and helping his daughter get over her sorrow.

At Dunmoor, Helena’s father falls in and they are forced to extend their stay, enabling both her and Luke to witness the strange and frightful events together.

Once there, Helena is dragged into the terrors that inhabit Dunmoor and its surroundings.

Will these terrors defeat Luke's plans? Will Helena and Luke get out alive?

The book is written in the 3rd person past tense point of view of Helena and Luke.

Early on, the author creates a deliciously creepy vibe. There is something otherworldly about Dunmoor House. Shadows appear and footsteps sound when no one is around, and the forest behind the house is dark and menacing. The trees seem to be alive, and keep coming closer to the house.

The scenes about the terrors at Dunmoor and in the forest were well written but the overall impression wasn’t one of horror at all. There was a surfeit of evil entities involved and that undermined the effect.

The story also seemed to lose focus for a while when Luke, frightened by the supernatural horrors he sees in the forest, flees to London and gives in to a life of drinking and gambling as a way to forget those evils.

That Lennox and Helena will have a romantic relationship is a foregone conclusion, but the manner in which they fall in love is rather rushed. Nor does Lennox come across as particularly noble or courageous. He has lost Penelope, his fiancée, but he doesn’t spend too much time grieving for her.

On the contrary, I found Alex Jameson, in spite of his rakish image, far more compelling.

Helena is academically inclined and enjoys studying Maths and Geometry, pluses in my opinion, but she isn’t written with any sense of warmth.

I ended up warming more to Lady Persephone than to Helena. The former has suffered through a lot. It couldn’t have been easy living in those times on her own terms. The story written from her viewpoint would have been even better.

Also, it would have been better if the children had played a more active role in this book. None of the kids here have been endowed with personalities, making it hard for us as readers to invest in them. It is Lennox and Helena who are made to appear larger-than-life for their efforts to ‘save’ the children.

Even poor Lucy is given short shrift. Just because she is poor, it seems as if Helena is dismissive of her feelings for Luke, and tells Lucy that some other working class individual with a bland personality is better suited to her. And this when she and Luke have not yet acknowledged their feelings for each other.

On the whole, this book didn’t meet my expectations. I will not be awaiting Book 2 of this duology.