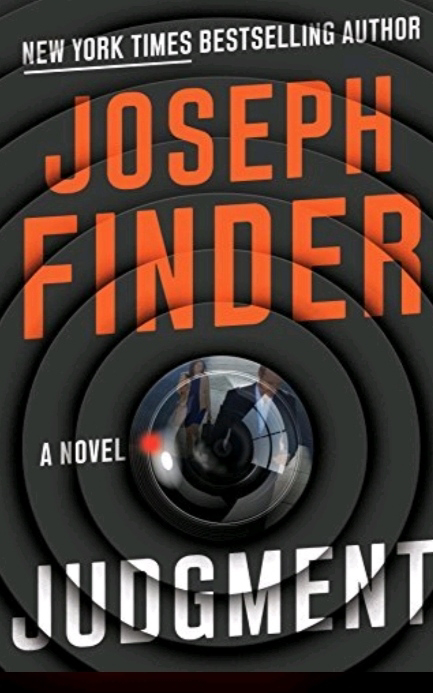 Juliana Brody takes the decision to have one more drink while at a conference. It impairs her judgement and she ends up sleeping with a venture capitalist called Matias Sanchez. They decide that it is a one-night stand and they will never meet again.

But then he walks into her courtroom while she is presiding over a hearing on a sex discrimination lawsuit filed by Rachel Meyers against her former employer, Wheelz. She comes to know that Matias is in fact a lawyer on the Wheelz defence team. Juliana decides to be impartial but Matias intends to use his power to blackmail her. Juliana is threatened to rule in favour of Wheelz or lose everything that she holds dear.

When she goes to reason with Matias in his hotel room, and finds him dead, she realizes that the danger is worse than she feared. Clearly she is up against a very powerful enemy.

Trooper Markowski and Detective Krieger are on her trail, having found her sunglasses in Matias’ room. Duncan asks her to leave after hearing of her one-night stand, while Jake, her son, is busy vaping marijuana and losing interest in studies.

Is there a way out of this predicament for Juliana? Or will she lose her job, her reputation and her family?

The author makes us feel Juliana’s sense of entrapment. That she is a tough cookie is something we see for ourselves when she argues against Jake’s expulsion with the head of his school.

I didn’t like Juliana Brody much. Male authors often fail to get into the skin of a female character. At one point, she remembers husband Duncan’s dalliance, then, in the same breath, thinks she is lucky to have him. Looking at him in a picture pf peaceful domesticity, she feels the tears come on. The omniscient narrator tells us, this happens once in a while. And all along, the woman is ruthless in the courtroom. The combination just didn’t work for me.

On the other hand, the author’s sensibilities clearly lie with Duncan, showing him willing to take responsibility on the home front, despite being a busy law professor himself.

The title, Judgement, plays on several levels. Juliana is a judge and passes judgements. Now here is a judgement that affects her life. Meanwhile, her husband and son think she is too judgemental. Then there are the judgements she is subjected to as a woman. The higher you climb, the thinner the air gets and the ledge you walk on gets narrower and narrower.

The pressure on a woman to stay on the straight path is much higher than that on a man. This fact is brought out strongly. We are all standing on a fraying crust above a deep pool of magma. We’re one random fissure away from being incinerated… Complete control is always an illusion… There’s always magma underfoot.

There’s a lot of stuff about surveillance and the use of cutting edge technology. And it’s hard to believe that when the bad guys are as bad as they are here, with international crime links, with federal law enforcement not willing to touch them, Juliana thinks she can continue to play ball. It’s too unrealistic.