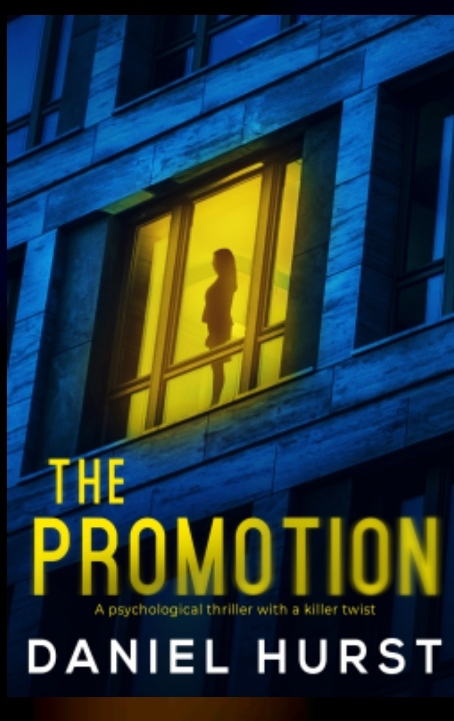 Imogen Stone might have been the next boss at the unnamed bank at which she is now the second in command. But the mistake of embezzling funds from a client’s deposit to pay for her father’s financial mistakes costs her dear. Her colleague, Michael, discovers her secret. And even though she has long since paid back the money, he blackmails her into stepping out of the race for the top post and let him take it. Now he’s her boss, and he enjoys toying with her, frustrating her at every step of the way, making her life hell.

Work tensions aren’t the only thing that Imogen is struggling with. She is also worried about her father who suffers from Alzheimer’s Disease and needs to move into a care home.

But how far can Michael push Imogen before she snaps?

The book is written in the first person present tense in alternating points of view of Imogen and Michael. Michael’s pov shows his arrogance, and Imogen’s her desperation.

The constant harping of what Imogen had done is repetitive and takes away from its enormity.

At first, Michael came across more as annoying than dangerous. But subsequent events prove just how dangerous he is. As a reader, I could feel Imogen’s frustration at being in the position she found herself in. But it was also hard to imagine an intelligent woman taking such a grave risk, knowing she would definitely be caught.

The pace was relentless and Michael kept upping the ante against her. Nor was Imogen a passive character. The parry and thrust between them was intense and nerve wracking. For a while, things get blurry in the heat and dust of the battle, and it seemed that both characters were just as unlikable. But Imogen wins our interest because of her struggles with her father’s illness and her boss’s non-stop attack against her.

Of course, we know in the Prologue itself that Michael is going to die. But the question of how his death will come about and what Imogen’s fate will be still persists. The twist, when it comes, takes Imogen and us by surprise. There is a shocking (to Imogen) revelation that reminds us that people are not who they seem, and that we all wear different faces.

Despite this, I felt conflicted towards both the characters. I have no doubt about the credibility of the premise. I didn’t feel good about either of the characters, even though Imogen was hardworking.

Other than Michael and Imogen, and her father, William, to some extent, all the other characters were flat. None of the co-workers are even given surnames. In fact, Michael’s surname is revealed only at the 62 percent mark. Imogen’s husband, Evan, had almost nothing to do. He seemed totally unreal. Michael’s wife, Crystal, is only a name.

I liked the note on which the book ended but it would have helped to see more action and dialogue rather than the lengthy narration and internal monologue in which the author presents both accounts.