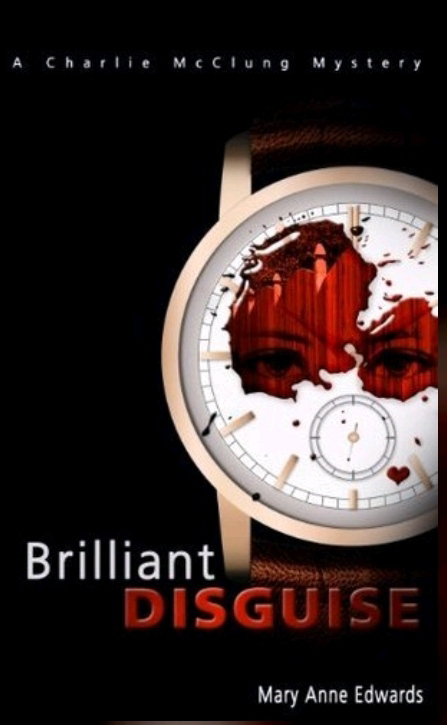 Marian Selby is just settling in for a quiet night when she hears a gunshot and then screams. These are followed by police sirens. Marian’s dear friend, Dianne Pannell, is taken to the hospital, where she dies on the operating table. Dan, her husband, seems distraught, and Katie, their 6-year-old, is screaming. Amid the confusion arrives Maggie, a friend of Dan’s, and Chief of Police and Dan’s best friend, Perry Miller, who quickly closes the case, deeming it a suicide.

Detective Charlie McClung, who has sought a transfer to this quiet town, is surprised at the speed with which the case is closed. His suspicions are aroused further when Marian insists that Dianne was being abused by Dan, and that her death was a murder.

The book, set in June 1982, is written in the 3rd person limited point of view of Marian, Charlie and Perry.

The prose is marred by awkward tenses in the same sentence.

I didn’t like the author giving us details about Marian’s physical beauty. As if she wouldn’t be real to the reader unless a man inventoried all her attractions. Why did the author have to make McClung register Marian’s beauty with so much emphasis, that too at the scene of a crime? Thankfully, Marian found it inappropriate.

Earlier on, we learn that Marian has a bookcase, spanning a whole wall, and that she loves reading. She even wears a T-shirt, with the legend, So many books, so little time, when she first meets McClung. But thereafter we never catch her with a book throughout the story.

On the contrary, she bakes and cooks entirely too much. There were several long descriptions of the meals she cooks for McClung, complete with emotions awry and lengthy descriptions of meals and endless carafes of coffee.

I appreciated the fact that Marian had a strong faith in God. She emphasises her faith and trusts in God to look after her. When she is stressed after Dianne is shot, she keeps repeating the Lord’s Prayer to herself.

But the rest of her attitude was highly uncharitable and unchristian. She actually shudders when she sees Maggie rub “her man hands with lotion.” That was crass.

I liked the fact that she was 47. Older people aren’t often represented in novels. But her reaction to the onset of menopause was entirely caricaturish. The author made her out to be a snivelling mess of emotions, which is not what menopausal women are like. For the most part, the book is entirely frothy and light, until Marian’s grief gets the better of her.

Marian cries all the time, blaming it conveniently on her inability to get over Lee and on menopause.

On a side note, I wonder why Americans use so much tissue paper. Here Marian plows her way through whole boxes of the stuff, with McClung conjuring up tissues whenever it seems like she is going to cry. Why can’t she use a cloth handkerchief? It can be used, washed and re-used, and is so much better for the environment.

One grammatically incorrect sentence talks of ‘empty bottles laying everywhere.’ Another tells us, ‘No one can be that good of an actor.’ One character is said to have sobbed like a little girl.

With Perry having closed the investigation, McClung knows that some foul play is at work. He promises Marian that he has some connections of his own to call on. But the promised connections are not called on until the 87 percent mark in the book.

The insipid romance overshadows the murder investigation. McClung shares the autopsy report with Marian, and seems completely besotted, doing very little by way of investigation. Marian claims to be determined to nail the killer. But she lets the romance and the cooking sidetrack her all the time. The characters indulge in far too much eating and drinking.

I know it’s 1982, and forensic science isn’t as advanced as it is today. But Marian is actually daft enough to wash away the incriminating muddy footprints in her yard.

There’s even a subplot about Marian’s dead husband, Lee, encouraging her to begin a new phase of her life with McClung.

All said and done, I couldn’t care about Marian. She was projected as an epitome of perfection, cooking and baking with elan.

McClung too is rather tepid. As a cop, he doesn’t get to do anything. The details of the drug deal were never revealed, even though some drama was created.

The title makes no sense. Nor did the drop of blood on the watch dial on the cover. This wasn’t a Cozy Mystery at all. Just cozy fiction.

(I read this book on NetGalley. Thank you to the author, the publisher and NetGalley.)
Posted by Cynthia Rodrigues Manchekar at Monday, September 27, 2021