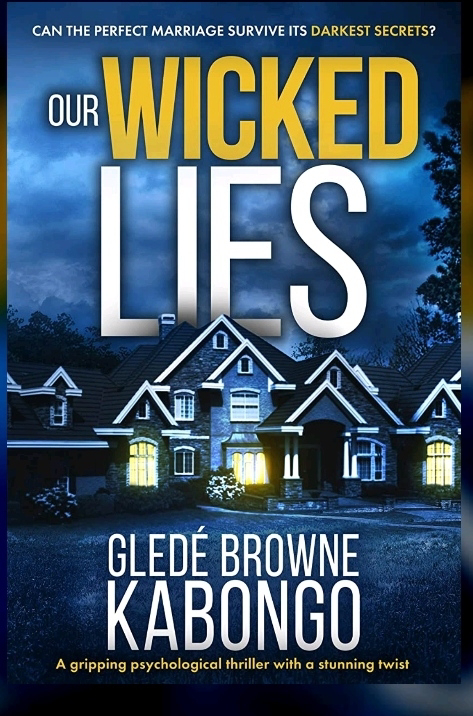 Alicia Gray has her life set. A successful lawyer husband, the first African-American man in his very prestigious firm to make partner, who adores her, two lovely teenage daughters, the oldest about to leave for college, and a massive, luxurious house in an expensive part of town. Yet she can’t help feeling that something is amiss.

When her husband panics visibly on receiving a call at the dinner table, and a neighbour makes a cryptic remark, she is driven to find out what he may be hiding from her.

She finds email correspondence between her husband and a woman called Faith. It is the beginning of the unraveling of her marriage.

Her husband has secrets, and so does she.

The story is written from the third person limited pov of Alicia and Eliot. The narrative is interspersed with diary entries around the 72 percent mark. By the 75 percent mark, there are still twists hitting us.

It wasn’t long before I began to like Alicia, her simplicity and generosity of spirit shone through.

It was also refreshingly new to see American parents adivising their children about no sex before marriage, where most others might talk about protection.

The style was good, even though it leaned more towards women’s fiction than domestic thriller. I enjoyed the descriptions, especially those relating to Paris.

A few similes were forced, as “Fear swooped down like a murder of crows.” Also the usage of the tense is annoying and awkward. There were sentences with mixed tenses.

Alicia was caught up in her own…confusion since she’d stood in Kat’s driveway and saw...

The word, saw, should have been replaced with seen.

The questions, What’s on your mind?, is asked by Dr Jack Witherspoon, Alicia and Eliot. This question isn’t as common as What’s up? Or What’s happening? So the repetition stands out.

The Spanish address, mija is a shortened form of mi hija (my daughter), but here it’s mentioned as maja.

The phrase, to go postal, was a new one for me.

I would have thought the plural of De Luca should be De Lucas. Here the author kept referring to the family as De Lucases, which wasn’t the right word.

Until the 50 percent mark, we only contend with Eliot’s infidelity. After this point, the twists begin coming at us, one after another. The second half of the book packs a punch, with issues such as depression, infidelity and dysfunctional marriage.