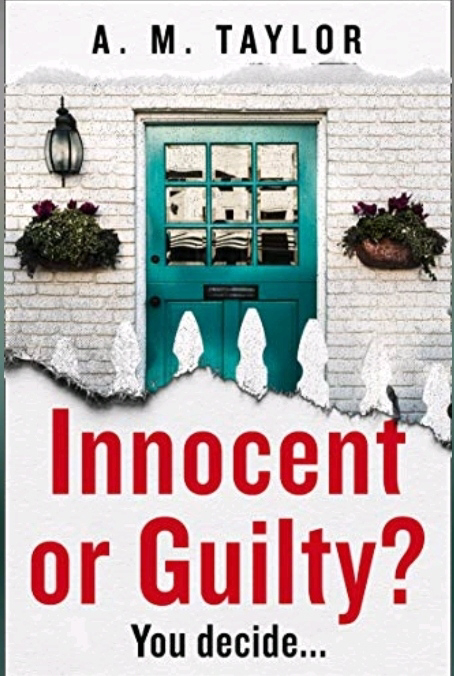 This book was one enjoyable and interesting read. The author turned the trope of the reliable/unreliable narrator on its head.

Olivia’s twin brother, Ethan, was arrested ten years ago for the murder of 18-year-old Tyler Washington, high school star and the son of the town mayor. Ten years ago, all the hip kids, including Olivia, were at a party at the home of Jessica Heng. From there, Tyler walked into the woods surrounding their town, and was never seen again. His body was found the next morning.

Ethan, who was never part of the hip set, is arrested for the murder. Since then he has been serving time, while his parents, elder sister Georgia and twin Olivia believe that he was wrongly convicted and struggle to get him a re-trial.

Ten years later, Olivia, now a lawyer, is contacted by Kat Thomas and Ray McKenzie of true crime podcast, Shadow of a Doubt, who are keen on featuring his case. She is not sure if it is a good idea, even though the cases featured in the last two seasons led to an acquittal and a re-trial. For one, Tyler’s mother is still the town mayor, and Olivia knows the going won’t be easy.

Even as the podcast arouses tumult in her life, forcing Olivia to confront her own secrets and lies, she faces another challenge at work in the shape of the defence of 22-year-old Reid Murphy who has been accused of beating the bigger James Asher into a coma.

Will the firm succeed in defending Reid? And will Olivia be able to prove Ethan’s innocence?

There is more than a bit of swearing, which always seems unrequired to me. Even if the justification is that it’s how teenagers talk these days.

The book calls out the problems inherent in the legal system. It also reminds us to think of the kids who don’t fit into cliques and the loneliness they face, and about very real problems like bullying and drug use afflicting young people. Olivia also calls out the undue importance that appearances and the right image assume over reality. Power corrupts, as they say, and absolute power corrupts absolutely, but in some cases, even the sensation of power can corrupt a person. As readers, we are left to wonder whether Tyler was really as wonderful a person as the town believes.

I liked the style of the writing. There was quite a lot of telling, but the language was so intense, I didn’t mind it. The tension is high as we wait for Ethan to finally be declared an innocent man.

Olivia is impatient, impulsive, acting before thinking but there were many points at which the writing seemed lazy. Surely the story would have been more credible if she had said more than, “It’s not what you think.”

On the other hand, I was impressed with Ethan, the strength of character he needed to possess, given how badly the cards were stacked against him, and the insularity of Twin Rivers. I mourned the loss of ten years of Ethan’s life.

The trope of the podcasts, which inspired the author, have been used remarkably well here. The style of Kat’s narration are rendered different from Olivia’s style.

The phrasing, “was/were sat/stood,” was awkward. In a story otherwise free of the smallest typos, this odd phrasing stood out.

At first it seemed that Reid’s case and Ethan’s might parallel each other ten years apart, and I was bracing myself for that. But in the end, Reid’s case took a backseat to Ethan’s.

But, in the end, there was another parallel that was very fitting to Ethan’s case.

The Killer You Know forces us to confront our lies and betrayals and how they affect lives. The ending was something I’d suspected for nearly two-thirds of the book, but the impact was no less because it was expected.

(I read this book through NetGalley. Thank you to the author, the publisher and NetGalley.)