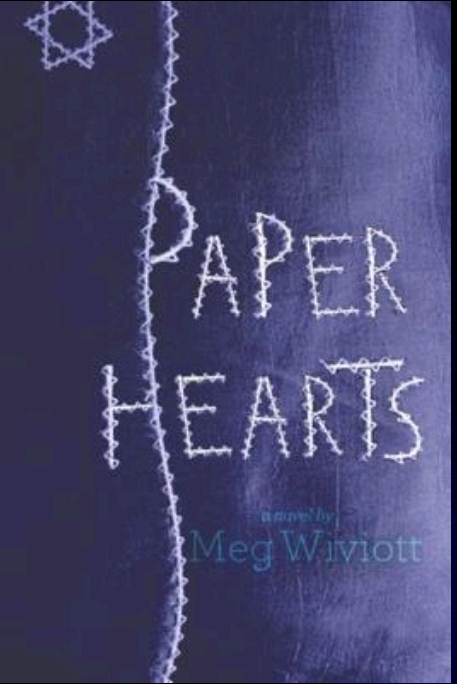 I’ve read numerous stories about the Holocaust and this one, based on a true story, was another grim reminder of that dark period. Here in India, the right-wing majoritarian government is following the Nazi rulebook. As a member of the minority, it is frightening to see the parallels.

I was drawn to the cover long before I read the synopsis. The curved line cutting through the P and H of the title, am embroidered seam on fabric, with the Star of David on the top corner.

This was my first experience of reading a novel set to verse. I was quite impressed with how the author countered the challenge of using few words and making them count.

The story is brought to us in the PoVs of Zlatka and Fania, two teenage girls at the Auschwitz concentration camp, in alternating chapters. Zlatka is the oldest of four children, who loses her family in the camps. The last time they are together is when they carry their worldly possessions to a grim future. We are reminded of the terror that the families face. The narrative in verse doesn’t give us details, but we know enough of this tumultuous and traumatic period in history to put them in.

Zlatka wants to show that she is stronger than they supposed a girl – a Jew – could be, should be. The transports, with their lack of toilets, filth and lack of privacy, and chunks of stale bread once a day are just the beginning of their troubles.

Fania also loses her family in the camps. Before they are put on the transport, her father wonders How could such a society produce such masters (as Bach, Beethoven, Wagner and Goethe) and such monsters.

Fania’s parents think she looks Aryan, but it doesn’t save her from the worst.

Brief snatches of words gives us a glimpse of Jewish customs and rituals as on the night of the Passover. Past memories sneaking into the present.

The author picks the most frightening facts and distils them down. Images of Little children clung to coat hems in a place where fences too high to climb/ hummed with electricity.

Men made feral from war… I cringed,/ wondering,/ at a hollowness/ that made/ scrawny/ filthy/ sick/ girls look good enough to eat.

Within the narrative form, the author played around, using the form to show the Selection, the poor and frail on the left, the robust and strong on the right. The simple yet evocative titles section the scenes apart.

The very first verse gives us an idea of Zlatka’s changed reality as a Jew and her efforts to assert her identity while seeking not to draw attention. Eyes lowered/ not shamed/ footsteps steady/ not faster/ or slower/ than before.

We come to know of the steady isolation of Jews as the Nazis spread their tentacles. And we see the excesses of the camps, the shearing of hair, the tattooing of numbers, the tearing apart of families, through the eyes of the two girls.

It is a new order in which even criminals rank higher than Jews.

In the midst of it all, we see defiance, Laughter,/ not of the mad,/ but of the living. The girls become family to each other, offering consolation and comfort, facing the worst of Auschwitz. Guta, Giza, Bronia and others, all make a place for themselves in our hearts.

In a world in which the possession of a love letter is grounds for hanging, the girls know it would be suicidal to do what they did. And yet they barter precious bread to procure pencil and paper to make a small handmade paper heart for Fania’s birthday. The messages from the girls are a testament to their courage and a lesson to us on how life should be celebrated in the midst of our troubles.

Posted by Cynthia Rodrigues Manchekar at Thursday, April 28, 2022 No comments: