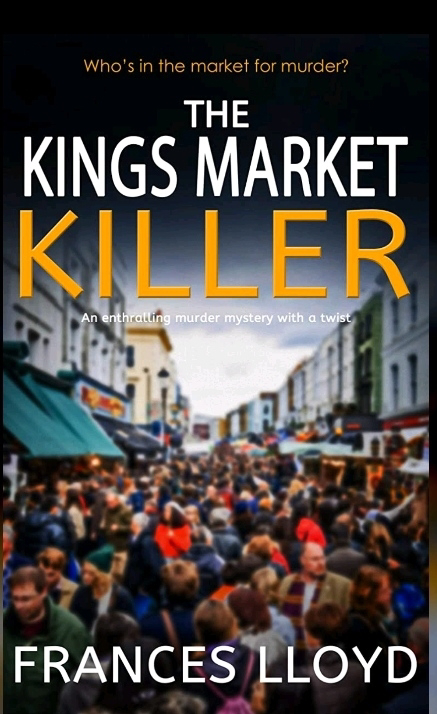 Fenella Wilson, the president of the Richington Ladies Guild and an illustrator of children’s books, is miserable in her home life. Her mother-in-law Ida bullies her and treats her like an unpaid servant and husband David Wilson blindly supports his mother no matter how she behaves. He believes that it is his wife’s job to clean and cook for them all, even though the house they are living in is hers. It’s a tense situation. Something has to give. And it does.

Egged on by best friend Judith Kelly, Fenella decides to get rid of Ida. Judith thinks of an ingenious way to commit the crime and not be found out. But before they can go ahead with their plan, Judith decides a trial run is called for, so they can get an idea of just how much poison is to be administered. The experimental dose ends up killing a Rastafarian named Jericho.

Meanwhile, Ludovic de Coleville runs the Coleville gallery, a profitable business rendered even more lucrative by the side business of forged art he conducts along with his friend, for the mob. Since the number of crimes is down, Detective Jack Dawes of the Metropolitan Murder Investigation Team is roped into investigating the forgeries.

When fate bursts in to entwine the Wilsons and the Colevilles together, and consequently the crimes too, will the police solve the varied crimes of arson, art fraud and murder? Or will Fenella get away?

The style is that of a cosy mystery combined with the grit of a police procedural. But the mystery quickly escalated. The author maintained the balance, but the book kept swaying from one genre to another, without losing reading interest. For instance, when Cynthia, Corrie and Carlene decide to investigate the fiasco of Cynthia’s dinner party, it’s back to cosy mystery again. The description of the food and the vibes of the restaurant gave the book a warm and homely feel.

Even though the identity of the killers is known to us from the beginning, the author does a great job of keeping the tension high, as we watch the police attempt to figure things out.

It was nice to see so many female characters being so enterprising. Fenella is a book illustrator, while Corrie and Carlene run their own food businesses. Judith is a car mechanic, successful in what is traditionally a male-dominated profession.

While they all ran their own enterprises, I wasn’t sure of my feelings for any of the characters. Fenella, in particular, wasn’t likeable at all; there were extenuating circumstances, but I still didn’t feel sympathetic towards her.

My feelings towards the characters were mixed. Ida was the stereotype of an Indian mother-in-law, blustering, over-dramatic and deceitful. While David was a soft sod who worshipped his mother and rode roughshod over his wife. These two were easy to dislike. I couldn’t approve of what Fenella did but I could understand her motivation.

The Prologue was entirely unnecessary, merely providing local colour and history to the King’s Market.

One error: In an altercation between Ludovic and his wife, Sasha, the narrative tells us that David’s backhander knocks Sasha down to the ground.

A cosy mystery doesn’t really leave scope for the delineation of character, and yet this book managed to do just that. Fenella and Judith were both remarkable examples of amoral characters. Neither of them felt any remorse or regret for their actions. Neither woman spared a moment to think about whether it was right to take away a life. How there was no going back after a definitive act like that. Even after their actions lead to the death of Jericho, they express no regret for the death of a man who had done them no harm at all.

As readers, we are left to contemplate the manner in which events play out. The inevitability of certain actions, the inexorability of fate, and how you cannot escape the consequences of your actions.