Book Review: THE TRUTH AND OTHER HIDDEN THINGS 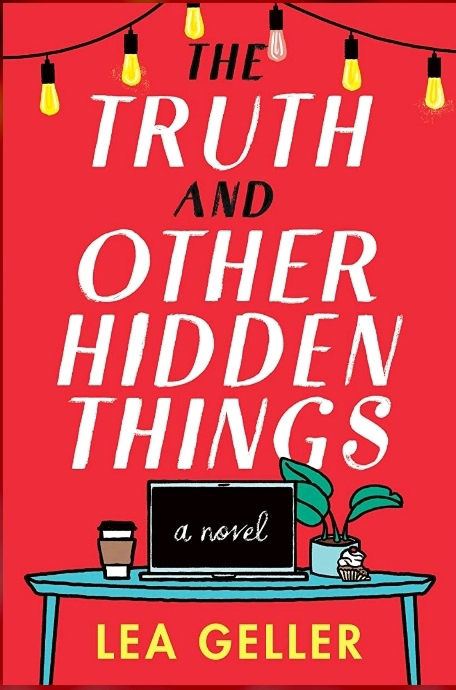 Elsbeth (Bells) Walker, nearly 43-year-old mother of 16-year-old Sam and 13-year-old Alice, learns of a third pregnancy after a failed IUD on the very day that her husband, Harry, an English Professor at Manhattan University, loses both tenure and his job. Suddenly there are doubts about the future.

It doesn’t help that the Walkers are all over-achievers. Hanna Cohn, Bells’ mother, looks down on her for enabling her family. Neither Bells’ husband nor kids pick up after themselves, expecting her to feed and care for them. And both Bells’ mother and mother-in-law, Vivian, make her feel inadequate. The kids have their own issues, with Alice facing ADD and Sam keener on music than academics.

When Harry gets a job at Dutchess University at Pigkill, a small college upstate, it’s an opportunity to start afresh. But the challenges continue. The kids don’t take too well to the news of the move or the baby, and the local PTA moms, headed by glamourous Cynthia Plank, look down on her, she decides to vent her frustration anonymously through a column in a city newspaper that she is sure no one in Pigkill will read.

While she vents on the wrongs she sees around her, her own life seems to be rapidly crumbling around her.  How long will it be before her secret is out? And what will the fallout be?

Written in the first person of Elsbeth, the main narrative is interspersed with the column. The style promised to be funny and witty but I found it bitter and caustic from the start. Elsbeth was funny neither in the first-person narrative nor in the columns. The only exception was the chapter on yoga which was funny in parts.

I liked the premise with which the book set out. I thought it had potential, but it wasn’t fully explored. Bells came across as sanctimonious, and better than the others. She made no attempt to befriend anyone. Best friend Suki pointed out to her that she never reached out to make friends. She makes only one friend in Pigkill, but she abuses the trust in that friendship just to elicit some fodder for her column.

I did feel for Bells, especially when the other moms belittled her for not having high achievers for kids. But the gossipy tone of her column was a huge put-off for me. I found her obnoxious not only because she seemed to relish sharing salacious gossip, but also because other people’s sins were really not her business.

Her very first column is unnecessarily snarky and prompted by the feeblest provocation on the part of Cynthia and her coterie. The stuff she overhears the three PTA moms saying about her is hardly vicious enough to warrant the diatribe she unleashes upon them.

She also errs in misusing information told to her in confidence. She writes outrageous content that she doesn’t have a shred of evidence to support, driven on by the carrot of online validation.

Instead of describing this book as funny, I wish the blurb had brought up other issues such as post-partum stress, the fact that she receives no appreciation from her own mother, is never considered good enough, and is taken for granted by her selfish overgrown manchild of a husband and her selfish, demanding kids.

It was this background that made the story important and worth listening to. At heart, Bells is a flawed mother who makes many mistakes, but the challenges she faces are things that need to be brought into the open.