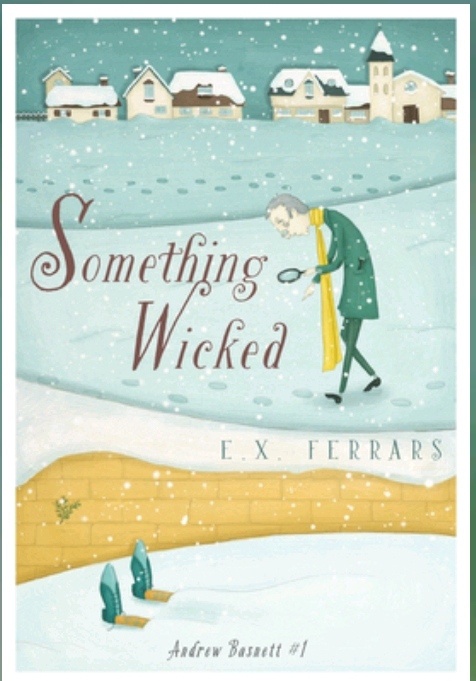 Seventy-year-old retired professor Andrew Basnett moves into the cottage of his nephew, Peter Dilly in the country, while his own flat in London is being redecorated.

There he meets Peter’s neighbours, Jack and Amabel Fidler, Godfrey and Hannah Goodchild, Simon Kemp and his estranged wife, Ruth, who is the daughter of Pauline Hewison, the widow of Charles Hewison. Charles was shot dead on a day when heavy snow and an electricity outage had caused the village to be cut off from the town.

Pauline has been under suspicion for the killing of her husband. Everyone believes there is something wicked about her. The charge was never proved, with Jack and Amabel giving her a rock-solid alibi, but almost everyone else thinks she is guilty.

Now six years later, Henry Hewison, brother of Charles, is found dead in Peter’s cottage. Andrew believes there is a strong connection between the two killings. But the question is, is Pauline guilty or is the killer someone else?

A cozy mystery, this book fit right into the style employed by British mystery novelists of the last century. I could actually imagine the polished notes of a British accent delivering the narrative parts in a BBC production.

Peter has won tremendous fame after shifting gears and becoming an author of science fiction books. His character is like a Raymond West to Andrew’s Miss Marple, allowing his uncle the use of his cottage at no cost. The author references Agatha Christie not only by mentioning that Andrew enjoys reading her books (he reads two books out of Peter’s collection), but also through Peter's character.

It was interesting to read about a protagonist at 70, with the added risks from an advanced age. The author gives us a sense of the character’s age when she writes, There is nothing like the ageing of people much younger than oneself for making one feel really old.

I really liked Andrew. He is intelligent, and listens to the things people say and don’t say. He is intuitive when it comes to the tone and intent of what people speak. At 70, he is at what I see as the youth of old age, and very well suited to the role.

With just eight chapters, the book was a quick read. There was a faint tone of menace, exuded by the inclement weather, and the fact that the electricity is out for much of the time. The setting of a charming, if slightly isolated, English village at Christmas comes through.

The resolution was very satisfying and the book cover is utterly charming.

(I read this book on Edelweiss. Thank you to the author, the publisher and Edelweiss.)
Posted by Cynthia Rodrigues Manchekar at Tuesday, October 19, 2021