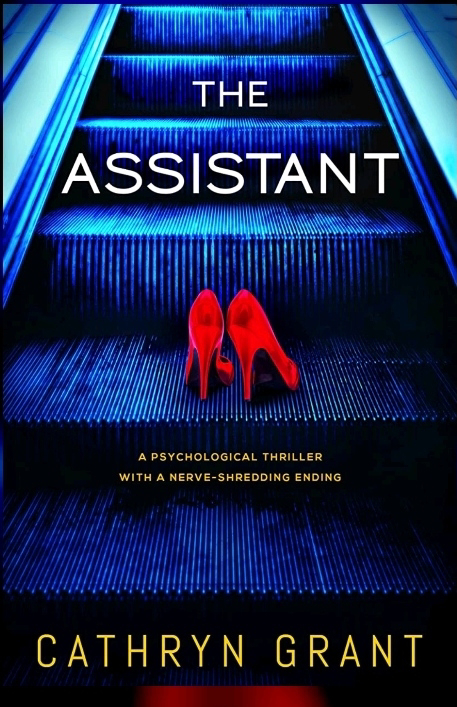 Laura aspires to a promotion in Avalon Systems. It is her dream to be appointed the Ops Director, just the first of achievements in her rise to the top. It is for this dream that she has given up her marriage.

The only person who stands in her way is Vanessa, the admin to the boss, Hank. Vanessa won’t let Laura meet Hank, won’t even fix an interview with him. Feeling aggrieved, Laura begins a rumour that Vanessa and Hank are sleeping together. When the rumour fails to gain ground, she decides to do whatever it takes to get the promotion she deserves.

How far will she go to get the job of her dreams?

The book is written in the third person limited point of view of Vanessa and Laura, in alternate chapters.

The book brings out the class distinctions that permeate the corporate world. How the jobs people do are often judged on the basis of status and prestige within the company. How women are often judged even when it is the man’s fault. How people in a subordinate position are dismissed as part of the machinery, and not expected to have a constructive opinion about the business.

Both women are stereotypes, conforming to type. One meets less pronounced versions of both Laura and Vanessa at work. Lauras who are ambitious and entitled and Vanessas who let their looks and closeness with senior colleagues define them.

This is the second book set in the corporate world I’ve read in the space of a month that eschews the use of the surname, mentioning them at the end of the book. Laura’s surname, Bachman, is mentioned only at the 79%-mark, Hank’s surname, Conti, came at the 87%-mark, and Vanessa’s surname, Hillman, comes at the 93%-mark. I found it off that the author let us have such a close look at the characters' lives but refrained from sharing their surname earlier on.

This book also uses interior monologue to post information about the past. There is a lot of character exposition and not enough action to warrant being called a thriller. We get to see endless details about their personal lives, their relationships with their partners, the minutiae of their lives. But not so much of the two women and the dynamics between them.

The women are stereotypes at work, but outside the workplace, they have complex, layered lives, and face different kinds of issues.

Both women are alone, Laura actually so, and Vanessa, craving excitement in her relationship with fiancé, Matt. Both live dangerously, Vanessa with her guilty pleasure, and Laura with her decision to keep running at the school track, even though the mentally disturbed homeless man who runs at her heels is making her uncomfortable. Both have a guilty secret that could wreck their lives. Both have different kinds of expectations from Hank.

But the book does raise some pertinent questions about the lack of diversity at the workplace, especially at higher levels, how women have to work twice as hard to have their contribution recognised, how they are constantly judged for their appearance, and accused of using their sex appeal to get ahead.

As a plot for a thriller, it wasn’t very strong. The Assistant was more about human nature and the compulsions that drive us. The writing was good. A whole universe existed inside each human skull.