Book Review: THE BOOKSHOP OF THE BROKEN HEARTED 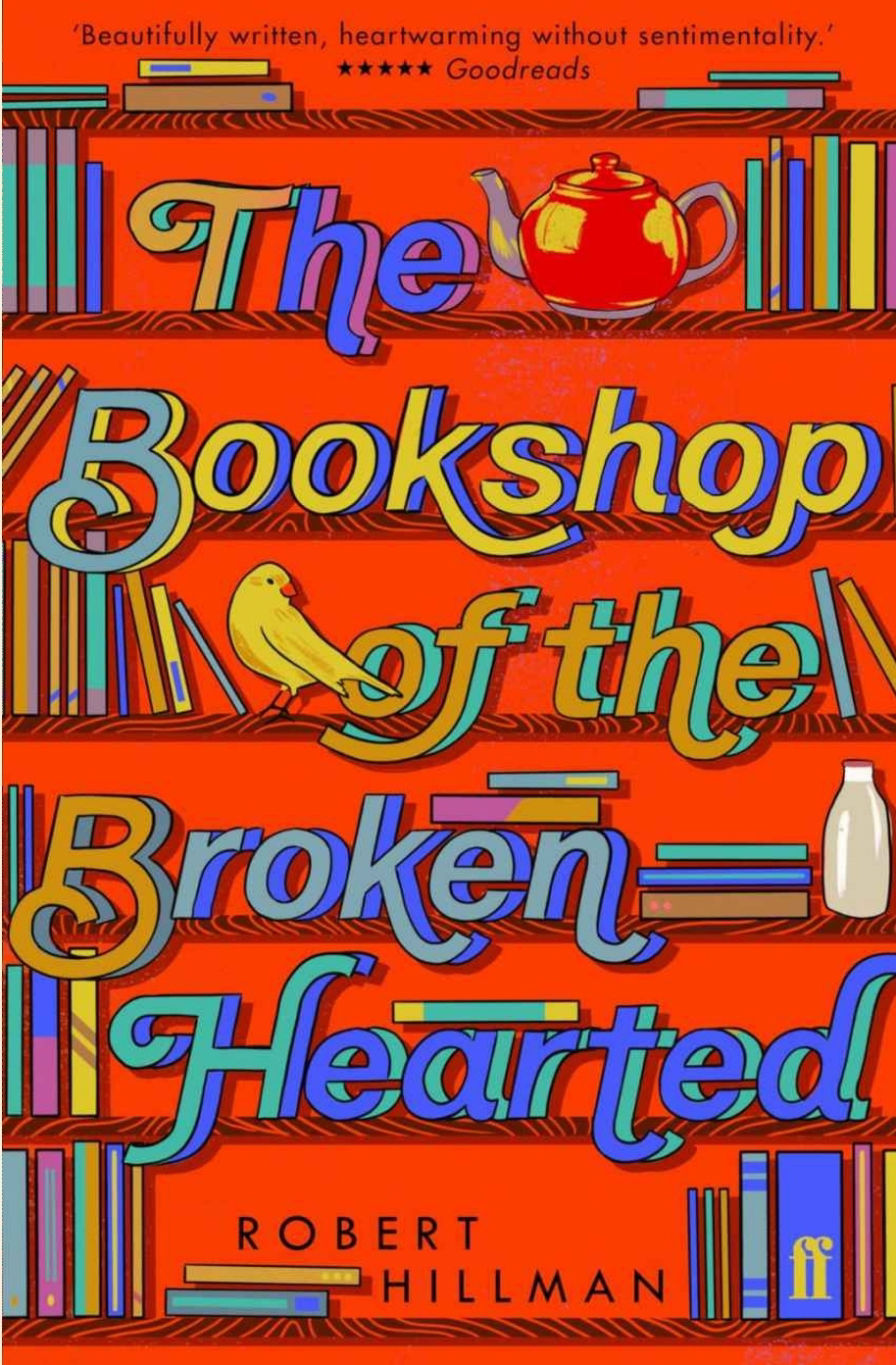 
It is both ironic and fitting that a book called The Bookshop of the Broken Hearted should have at its heart an everyman protagonist with the tender name of Tom Hope.

Tom, a socially awkward man, is a character that endears himself to us from the very start. When his wife of 22 months, Trudy, leaves him, he is heartbroken. Then one day, months later, she returns pregnant, and Tom learns to love the child, Peter, who receives no affection from his mother. Then Trudy leaves again, leaving Peter behind, and Tom and Peter are happy together. Tom cherishes the little boy as his own, and the little one, in turn, nurtures towards Tom a fierce loyalty.

Their happiness is short-lived, for Trudy, having found God in a cult, returns to claim him. Three-year-old Peter, forcefully taken away by Trudy, cleaves Tom’s heart apart more grievously than before. He learns to hide his sorrow and his acute loneliness by keeping busy. Just he, his dog, Beau, and the sheep. Working hard, his face was a terrain of wood dust traversed by shallow valleys carved by sweat.

And then one day, he espies a new shop with a sign in Hebrew, saying, To the God of the Hopeless, bless this shop. It is the Bookshop of the Broken Hearted.

Tom falls in love with Hannah, the owner of the shop, a woman full of life and colour who believes that For every book, someone loves it.

The flashback takes us to May 1944, when Hannah Babel, husband Leon and son, 3-year-old Michael, are being transported to an unknown destination in a wagon overcrowded with Jews. It is Auschwitz where some of the worst excesses of the Holocaust were wreaked. There Hannah loses both her husband and son and suffers unbearable heartbreak.

At first, the two stories of Tom and Hannah seem parallel, with seemingly no connection, but they do find their way to one another.

With Tom being what he is, we find ourselves feeling aggrieved, on his behalf, against Trudy, the wife who won’t stay faithful to a man who treats her well, preferring to go away with an abusive man.

Bit by bit, Tom lets the little child, Peter, heal his heart. He is afraid to enjoy the happiness that has come to him in the shape of his child, fearing that the boy may be taken away from him. As the author says, The hammer blow that is expected, braced for, does no less harm than the ones that come from nowhere.

The writing in this book was beautiful. We can’t always discern happiness, strong happiness, without the evidence of laughter, whooping, the dancing of a jig. It’s possible to experience the most intense happiness of your life behind a  grave, withholding expression. As an adult, at least. Not usually at the age of eight.

Hannah with her quiet wisdom is a character that will stay with the reader. She is afraid that the bookshop will bankrupt her or that Tom will stop loving her one day.

I just love unconventional love stories, and this one with Hannah being 12 years older than Tom was exactly that.

The spirit of hope pervaded the book. The Hungarian Jewish women were learning Yiddish in the dark from Lithuanian Jewish women even though they could well be dead in the morning. The hopelessness of Auschwitz against the Jews who preserved their own learning philosophy.

Robert Hillman is one author to watch out for.

(I read this book on NetGalley. Thank you to the author, the publisher and NetGalley.)
Posted by Cynthia Rodrigues Manchekar at Monday, October 25, 2021