Book Review: SOMEBODY OUT THERE 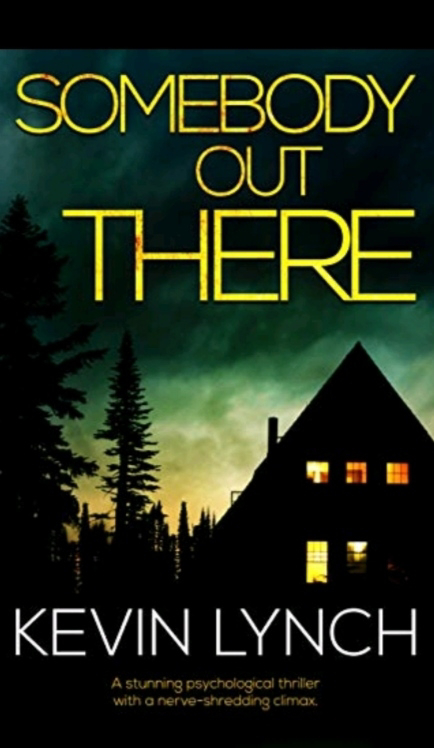 If there’s ever been a Prologue to pull me straight in, this was it. It set an eerie tone that reminded me of Psycho.

Ben and Deborah Higgins move to the Irish countryside from Dublin along with their kids, teenage Molly and 12-year-old Jack, and their dog, Harry, for a fresh start. Deborah is an award winning crime reporter, and the family has made the move to escape the repercussions of her work, with a gang she reported on threatening violence. They hope to put the fears of the past behind them and start afresh.

The house they have moved into used to belong to a woman who died in it. Her mentally unstable younger son Jeremiah, who claims to hear the voice of his mother in his mind, resents them for living in his house.

They find themselves unwelcome in the town, with butcher Pat Doyle, pub owner Mossy Hennigan being openly unfriendly. Dave Breen, an upstanding town man, who handles the accounts of most of the establishments, is the only one who shows the Higgins any kind of welcome.

Pretty soon, strange things begin to happen to them. Two of their chickens get their heads cut off. Then their dog is killed brutally. With each case of harassment, they find themselves increasingly alone, with the Gardai (Irish police) refusing to take them seriously. The trouble causes a rift within the family, with Deborah and Molly, in particular, resenting Ben for not cutting his losses and moving away.

Ben is determined to find out who is trying to drive him off his property. Will he discover it in time or will he lose his family and his sanity in the process?

The story is written in the third person past tense point of view of Ben. Interspersed between the main narrative relating to the Higgins family are short chapters written in the second person. These are the thoughts of Jeremiah, and they are characterized with the feeling of an intense and unhealthy devotion of a son for his mother.

The desolation of the countryside is described very well and the pacing is good.

The dialogue in the past perfect tense sounded unnatural. Some sentences were rather awkward. Dave Breen put down…whatever product he was holding. The vagueness makes no sense. In another chapter, we are told that Ben had been really shook.

There’s a lot of swearing, with almost everyone, except Jack, swearing freely. I was put off by this aspect.

Since the PoV is Ben’s, we don’t really feel close to Deborah. The little that we see of her makes her feel distant towards her. She was totally unsupportive towards Ben, refusing to understand him at all.

Jack was really sweet, but Molly came across as insensitive. Even when she was deliberately rude and disrespectful to her father, neither parent called her out on her behaviour.

The Gardai were completely lame and useless; their whole attitude needed work.

The ending was wrapped up too soon, without being at all satisfying.

Ben was the only characters that came across as real. I could form no connection with any of the others, except for Jeremiah. I would have liked to see more of him.

I guessed the identity of the culprit early on; it wasn’t difficult.

My biggest grouse is with the blurb at the back of the book. It was totally misleading. It tells us that Deborah doesn’t scare easily and that she starts to dig for the truth. It was odd that the author set her up as an award-winning reporter and then she did nothing for her family.

As it plays out in the book, Deborah shows none of the feistiness we expect from a crime reporter. It’s Ben who stands up for his family. Deborah is quite ready to compromise.