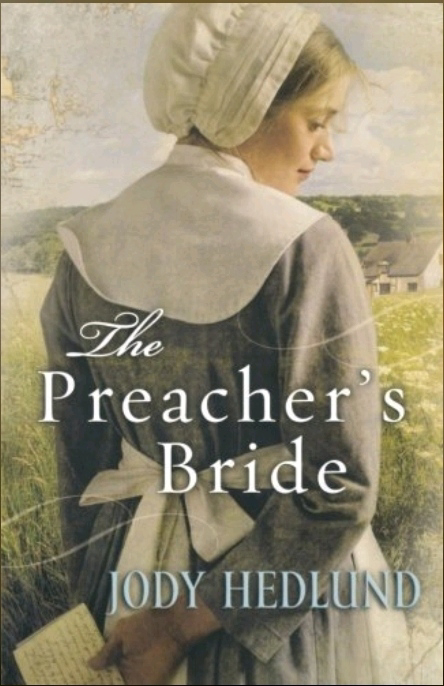 Elizabeth Whitbread’s heart is filled with compassion towards the poor infant, crying lustily to be fed and comforted, now that the mother who gave birth to him, Mary Costin, is dead. Elizabeth longs to comfort him, but Mrs Grew, a formidable woman married to town alderman and church elder, has already given him up as a lost cause.

When the vicar suggests that Elizabeth be appointed as housekeeper and caregiver to preacher, tinker and widower John Costin’s household of four kids, including 8-year-old blind Mary, and three younger ones, John is unwilling to have a stranger supplant herself into her family. Elizabeth herself has three months before her betrothed, Samuel Muddle, comes to claim her as his wife in marriage.

But then he sees the need of his children and how good Elizabeth is to them, and his heart slowly thaws towards her.

But their troubles are only just beginning. Mrs Grew is a formidable opponent, unwilling to disregard what she sees as Elizabeth’s presumptuous behaviour. Meanwhile, there are many who resent John Costin for his popularity, and many Royalists who despise him for turning his back on the traditional church in favour of the simpler worship that Puritanism espouses.

Will these Royalists stand by and watch a mere tinker preach the faith? How far will they go to dissuade him from his life’s purpose?

The first challenge in the lives of Elizabeth Whitbread and John Costin is domestic in nature. The three-week-old Costin baby will die soon if he does not receive milk or comfort but Mrs Grew, having tried and failed to feed him with a bottle, won’t let another try in order to save face. This sets the stage for confrontation between her and Elizabeth.

But there are other dangers too. Darker forces gathering together, willing to do whatever it takes to put a tinker in his place.

The book is set in Bedford, England, in 1659. Along the way, we get a sense of the setting, and the narrow-minded beliefs that put the religion and lineage of a potential wet nurse over the needs of the crying babe. It is period characterized by the lack of the conveniences we take for granted, large families with an ever-growing number of children to compensate for high child mortality. Elizabeth herself is the second of seven daughters; the family has lost their only son.

It is also a time when girls can aspire to nothing more than the care of home and hearth, no matter what their qualities may be.

The author also gives us an understanding of the workhouses and orphanages then, the rampant cruelty practiced there, the political situation in terms of religious tolerance and dissent between the Anglican Churchh and the Puritan congregation.

These historical events come alive for us as do the socioeconomic realities of the time. It is a crime to be a beggar, and virtually any crime can merit the punishment of a pillory.

Growing up in India, we learned virtually nothing of the history of England, and even less about Oliver Cromwell. But reading the book helped me realise the parallels to the situation in India where women were not permitted to learn to read and write and the lower classes were denied the right to learn the Scriptures too. In India, the high-class Brahmin men denied the low-caste and all women the right to study scripture in order to preserve their power.

I enjoyed the banter between Elizabeth and her sister, Catherine. The language and choice of words throughout the narrative are pitch perfect. The writing is beautiful, with tender emotions described with a touch of finesse.

The author gives us a strong sense of the feistiness of the heroine, her desire to do the right thing, unfettered by the rules and restrictions that regulate life in her small community. Although unable to read and write, Elizabeth is able to think and reason. She is quick on the uptake and is faithful, honest and hardworking.

Of course, both the main characters have their faults. Neither John nor Elizabeth are paragons of excellence. They are both prone to sin and error.

I wasn’t too charmed by Costin though. At one point, he thinks about Elizabeth in these words, She needed someone who could keep her sharp as well as in her place and Samuel Muddle was not that man. The unsaid implication that women need to be kept in their place is presumptuous. Ironically, he himself fights against the Royalists who oppose his preaching, stating that he is an uneducated tinker who ought to understand his place and not preach the Word of God.

I didn’t know until I read the author’s note at the end that the book is based on the true story of John Bunyan, author of The Pilgrim’s Progress, and his wife, Elizabeth.

The title, with the words, The Preacher’s Bride, conjured up images of a soppy romance. I’m so glad the book wasn’t like that at all.

Given the fact that we are dealing with characters who follow the Puritanical way of life, even the descriptions of married passion are understated and implied.

As a work of Christian fiction, the message of trusting God and of Christ’s unfathomable love for the least among us is beautifully brought out.