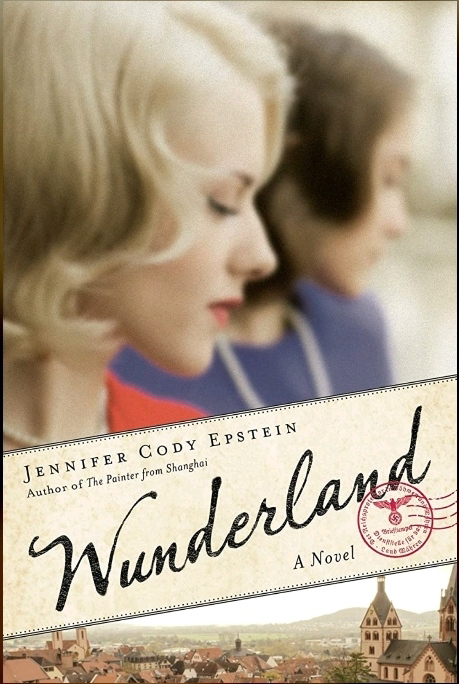 We meet Ava Fischer in 1989. She receives a carton that has upended her world. The carton arrives from Bremen in Germany and contains a package with the ashes of her dead mother, Ilse, and a bunch of unsent letters, addressed by Ilse to a woman called Renate Bauer.

Through the letters, Ava (and we) begin to piece the history of Ilse and Renate together.

Growing up as teenagers in 1933, Ilse von Fischer and her best friend, Renate Bauer, are inseparable. They share all their secrets about teenage crushes and love each other like sisters. It is a friendship that means everything to them.

But a terrible history is unfolding in the country, and life, as they know it, is going to be horribly transformed. Businesses owned by Jews are being boycotted and shut and the Nazi insistence on the perfect Aryan model is making itself felt.

Ilse joins the BDM, a group of German young women being trained in the ideology. She sinks deeper in her belief in the Reich. The friendship is severed totally from her side.

When Renate and her family are castigated and reviled as Jews, Renate learns to embrace her newfound identity, placing the two former best friends on opposite sides of a great divide.

Meanwhile, Ilse has her own secrets. There are many things Ava doesn’t know,. Why she was abandoned in an orphanage as a child, where Ilse was during those years, her father’s identity being the biggest mystery. Will the letters and the confessions in them finally bring the truth home to Ava?

The book is written in the 3rd person present tense point of view of Renate and Ilse from 1933 onwards.
We have all read accounts of the Holocaust and World War II, but the unique viewpoint of this work of historical fiction made the horrors of the Holocaust vividly real. The two young girls, on the cusp of adolescence, find their friendship and their beliefs sorely tested, their lives torn apart on account of a cruel betrayal of one friend by the other.

The research that must have gone into the writing of this book is incredible. We see the birth of hate and war, and the geopolitical tumult that led to the creation of the Federal Republic of Germany and the German Democratic Republic.

The chapters relating to the destruction of Jewish businesses were painful reading. They bring alive the mob mindset of the rioters, how they see themselves as patriots who are wreaking destruction in support of a greater cause.

The writing was beautiful. What were their final thoughts as they lay bleeding in the snow or mud?... Or had they realised by then that it was all nothing more than a vicious trick; a foolish fable concocted by a madman whose only legacy would be the rest of the world’s loathing and revulsion?in

Not just the camaraderie she felt within the crowd’s collective fury, but a thrill of shouting…at her mother’s generation… wide wall of silence and complicity as the world erupted in napalm, flame, and corruption.

Living in an India whose very Indianness and democratic values are in question, we have deadly parallels to the Nazi regime. We have a megalomaniac in power who is promising to restore the country to its past (read: mythological) glory, but is pushing us back in time. The regime is succeeding in its aim to polarise the country and demonise its minorities. Not unlike Hitler and what he did with the Jews.

In the characters of the Bauers and the von Fischers, I see how my own compatriots have been polarised, as if a line had been drawn separating the two.

Renate’s parents, a doctor and a professor, hate Hitler but Ilse’s parents believe in him, another similarity with the India of today. Ilse herself believes that being part of the BDM is her chance to be part of something bigger.

This was a beautiful novel, one that particularly resonated with me because of the times we live in.