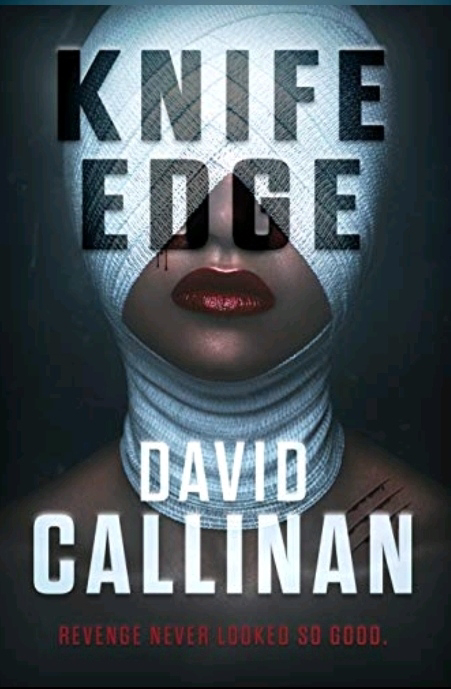 Ella Fallon is miserable, teased and belittled as an ugly bitch at Winfield, the college she has been admitted to on scholarship. A straight-A student, she believes she is ugly. The only friend she has is Ed Leeming, just as intelligent and just as reviled for his looks.

Both Ella and Ed are constantly humiliated by Scott Stockton, the scion of a wealthy man, who is the biggest donor to the college. Scott is manipulative, vicious and mean.

Thomas Startz is a cosmetic surgeon who runs an enterprise called Heaven’s Gate, where he surgically alters the looks and bodies of paying clients. The biggest proof of his skill is his sister, supermodel Holly Startz.

During the graduation race, Scott pushes Ed into the valley. He survives but is in a coma.

Ella’s path crosses with Thomas, who transforms her face, opening up her world. When both Ed and Ella become more beautiful than their wildest dreams could have hoped for, they begin to long for revenge. But where will the thirst for revenge lead them?

The book highlights the fear of aging and the desire to retain one’s beauty at all costs. The story show us how beauty opens doors for the characters while those with the slightest blemish are looked down upon in a world that worships perfection. It also raises questions on how far it is okay for science to play god.

The author is good at the descriptive and narrative bits. I got a sense of the landscape, the harsh desert, the massive topographical elements.

The writing was eclectic and vibrant in some places and totally uninspired in others. In one chapter, there was a mention of a “leering, sweating and bug-eyed face staring at her triumphantly through gritted, uneven and tobacco stained teeth.” How can a face stare through teeth?

Elsewhere, the narrator tells us, “For some, the pursuit of beauty conjured its own particular terror. For others, beauty was nothing but the beginning of terror.”

Revenge is a dish best served cold, is how the phrase goes, not taken cold as it is in this book.

Scott has the look of a man, we are told, who has just noticed the lion’s cage is open and the wind has changed direction.

In Chapter 5, we are told that the Rockports were not close as a family, but the surname is Stockton throughout the book, so I wasn’t sure what the Rockport name meant.

The name, Scott Stockton, twists the tongue and sounds like a caricature, which is what the guy is.

I wonder what kind of research the author must have done before writing this book. The effort has helped ground the book, despite the futuristic setting.

I found the presentation annoying. There were no connections between scenes or any indication at all that the scene was about to shift focus or perspective, making for an abrupt change.

While in Holly’s viewpoint, the author references Oscar Wilde’s The Picture of Dorian Grey, and I was excited at the possibilities this might suggest, but that thought turned out to be literal.

All in all, there was so much that was happening in the book. It felt a bit like the author had bitten off more than he could chew. The book felt as if it were all over the place, making the resolution appear weak. It’s also very coincidental that the two persons in a coma should both recover miraculously at the same time. These random coincidences reduced the credibility of the story.

(I read this book on NetGalley. Thank you to the author, the publisher and NetGalley.)
Posted by Cynthia Rodrigues Manchekar at Wednesday, November 03, 2021