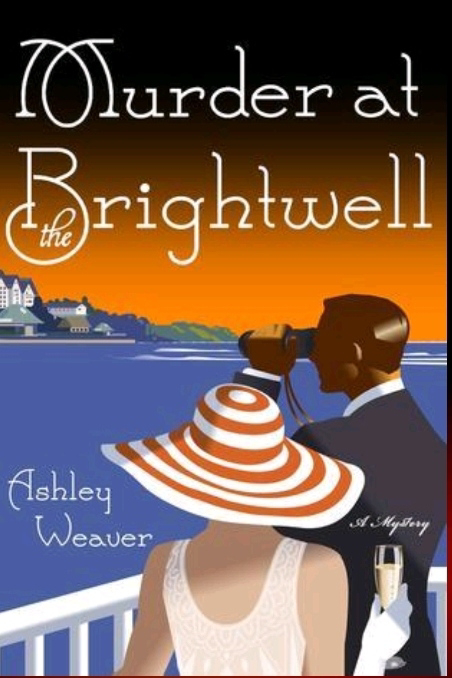 The very first line, It is an impossibly great trial to be married to a man one loves and hates in equal proportions. With that almost Austenian beginning, the novel began.

While romance as a genre isn’t my preferred choice, I don’t mind it if it shows up in other genres, just as long as it stays unobtrusive. I had hopes it would be so, given that there was the word, Murder, in the title. But it wasn’t so.

Amory Ames’ marriage is strained within just five years. Husband Milo neglects her and prefers to spend all his time gambling in Monte Carlo. Amory regrets her whirlwind wedding with him.

When former fiancé and old friend Gilmore Trent invites her on a seaside holiday to the Brightwell hotel to warn his sister, Emmeline, to break off her engagement with her fiancé, Rupert Howe, an untrustworthy cad, Amory readily agrees.

At the hotel, Milo shows up, testing her friendship and Gil’s intentions towards her. When Rupert is found murdered and Gil arrested for the crime, Amory is determined to find the real killer and prove Gil’s innocence. Will she succeed? Or will the killer strike again?

Also, as Milo ingratiates himself to her, can she sort out her feelings towards Milo and Gil?

The story, set in Kent, England, in 1932, is written in the first person past tense point of view of Amory.

I liked the author’s descriptions. She describes a mismatched couple as something akin to a cinema star on the arm of a parish priest. Of another character, she says, The sort of person one liked at once, but for whom the fondness fades after a short time.

Amory’s back story, her issues with Milo were written well, but they took away the focus from the murder.

Amory was a good strong character. She is willing to stand up for herself, even if it means facing ridicule and going against the social mores of her times, and she dislikes the term, husbandly rights. She is quick on the uptake and has a delicious sense of repartee. Most of the time, she didn’t do stupid things to advance the plot.

The author makes a comment on the upper class who, no matter what the tragedy, still put social niceties above everything else.

In keeping with the traditions of the Grand Ole Dame of Mystery Fiction, the book is chock-filled with characters, but the air is more that of a cozy mystery than anything else.

The author or her editor would do well to pay more attention to her sentence construction, particularly sentences with ‘one’ as the subject.

I found the pace a little rushed towards the end, compared to the beginning and middle which devotes too much space to the stay at the hotel and the holidaying. I also had my doubts about the names, Milo and Amory, particularly in the England of the 1930s, when most classical literature of the time featured characters with traditional names.