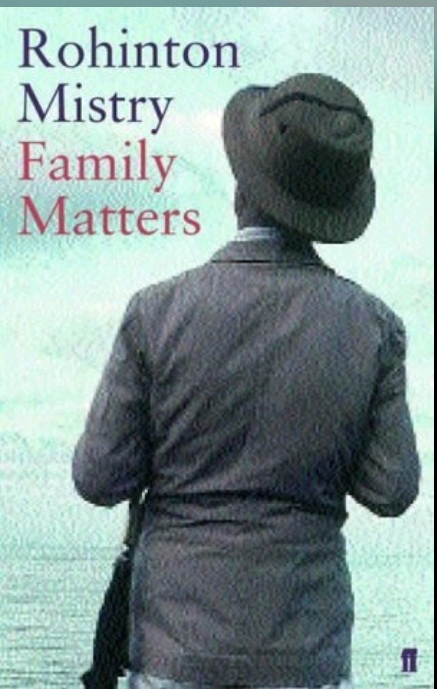 Family Matters is all heart, just as all stories about families are. The story of an ordinary Parsi family made worthy of our attention.

Nariman Vakeel is a 79-year-old Parsi man mollycoddled by stepson Jal and stepdaughter Coomy Contractor, the middle-aged, unmarried children of his dead wife, Yasmin. A widower, he suffers from Parkinson’s Disease, but his spirit is unshakeable.

When Nariman has a fall and fractures his leg, Coomy, unwilling to put up with the inconvenience of looking after him, bamboozles Jal into agreeing with her plan and dumps the old man on his daughter Roxana, who lives with husband Yezad Chenoy and two sons, 13yo Murad and 9yo Jehangir, in a very tiny apartment in a building called Pleasant Villa.

The arrangement is supposed to last only 20 days. Coomy tells Roxana that Nariman may return to their large 7-room flat in a building called Chateau Felicity, once the cast is removed. But Coomy has no intention of letting Nariman return.

Meanwhile, Yezad, frustrated with the inconvenience of having a bedridden man take up space in his little home and the additional expenses demanded, plans a little deception at work.

The story is set in Bombay, in the early 1990s, in the aftermath of the horrible riots that ravaged the city, following the demolition of the Babri Masjid. It was then that the city shed its lovely skin and turned into something ugly.

I treasured the stories about Bombay, seeing in Mr Kapur, the owner of Bombay Sporting Goods, where Yezad works, a kindred spirit.

The author talks with sensitivity and compassion about such subjects as the loneliness of old age, the frustrations of middle age, and the stress of having too many needs and not enough funds to satisfy them. He also highlights the issue of arranged marriages, a hoary Indian tradition which takes away the agency of choice from mature youth.

He has a gift for making the mundane pressure cooker whistles, ordinary stories of life in a Parsi colony come alive. This is life, bared in all its splendour and imperfection. The sights and sounds of everyday India transmuted to prose.

Despite its sheer breadth and length (at 500 pages), the book doesn’t seem lengthy. We are wholly invested, seeing the hubris of the characters, their arrogance and helplessness.

There are no villains here. Just people reacting to situations, not always wisely. The minor characters have extended sections and their own backstories, which makes them come alive. We warm to them, even though their lives intersect with the main plot only in passing. Vilas Rane’s letter writing, Daisy who plays the violin, Edul Munshi, the fixer-upper who breaks more things than he fixes, all their stories are utterly moving.

It was especially heartwarming to read about Nariman’s bond with his grandsons. The financial struggles of Yezad and Roxana were the stories of countless families across the land, where one meagre salary is stretched paper-thin to cover the needs of many.

Nariman is relatable and likeable. The tremor in his legs gives him the appearance of some pervert jiggling his thighs.

Nariman’s Goan girlfriend, Lucy Alvarez, is described by his parents as a firangi. Completely relatable in a country in which for all our diversity, we are all outsiders to the others, seeking the continuation of our legacies with those like us. The novel gives us many examples of this. There is also the prejudice of the Shiv Sainiks against the locals, Parsis against the ‘ghatis.’

Those who lived through the ‘90s will be reminded of the high-handedness of the Shiv Sena’s hardline Hindutva stance then, and their hypocrisy in hosting Michael Jackson while denigrating all things Western.

The book took me back to the 90s when the poor and middle class depended on the public distribution system and the ration card was an important document. Vilas Rane writing letters in three languages for the unlettered, in an era in which letter writing was the primary mode of communication. Family matters shared on paper, magic for the recipient. Like perfume. You don’t apply a whole bottle. Just one dab will fill your senses. Words are the same – a few are sufficient.

Parsi words like lufroo, buckro and the names of Parsi dishes like eedu, dhandar patiyo etc add a homely touch. I also found the names very interesting. The Contractors with the disaster in the ceiling, Vilie Cardmaster and her matka fixation, Munshi with his handyman obsession, the names are sometimes apt, at other times ironic. Pleasant Villa wasn’t all that pleasant for those that lived in its tiny apartments, and Chateau Felicity was mired in generational unhappiness. There is a theme running through the novel about reaping what one sows.

The cover was simple yet telling. Because the man on the cover has his back to us, it’s easy for us to imagine Nariman through his entire lifespan.

My only grouse was that the epilogue was much too long and didn’t feel like a wrapping up but a treading into newer waters. The back blurb wasn’t quite accurate, making Yezad’s deception out to be far worse than it was.