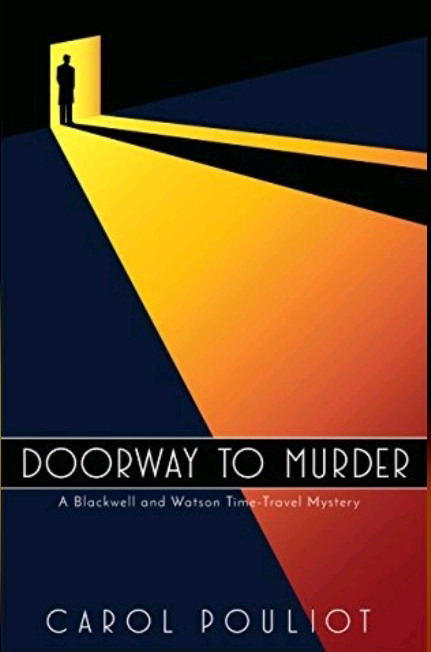 This was a police procedural combined with a time travel mystery, sitting snug in the genre of a cozy mystery.

When the local bank is looted and the VP and branch manager of the bank found dead in the vault on the night of the worst blizzard in history in 1934, DS Steven Blackwell finds himself flustered by the complete lack of clues and the total lack of witnesses. While work poses a challenge, his home life is disrupted by the visions he sees at home of a strange woman dressed in odd clothing. Grief stricken after the sudden death of his mother, he thinks he is having hallucinations.

But the truth is that she is Olivia Watson, a researcher living in his house in 2014, and by some shift in time, they meet. Gradually a friendship develops between them.

At first the pace was very slow. Things look up once they meet.

There are a lot of characters in the first half of the book, and it is hard to keep track of their names.

Most of the action takes place in 1934. Steven and his team work hard but their efforts are slowed by the lack of modern tools and techniques.

The challenges of the Depression era were brought out well. In contrast, 2014 is rather bland. The only action here is Olivia telling her best friends about Steven.

The author also does a fantastic job of describing the setting, particularly with the element of the weather, in both eras.

Better editing could have improved the prose. The dialogue between the policemen was very unrealistic. Also, the character descriptions should have been done away with. After a while, one character begins to blend into another.

The best part of this time travel mystery for me was the understanding of how fascinating our technology is and how magical it might seem to someone from the past. Especially, the magic of TV and computers, printing, photography and mobile telephony.

I also enjoyed the references to books and films on various aspects of time travel. I loved the recommendations both to old favourites and to new authors.

What I found unbelievable and too pat an explanation was that the time shift had happened because both Steven and Olivia were both open to it.

But the book itself was warm and had a comfortable vibe to it.