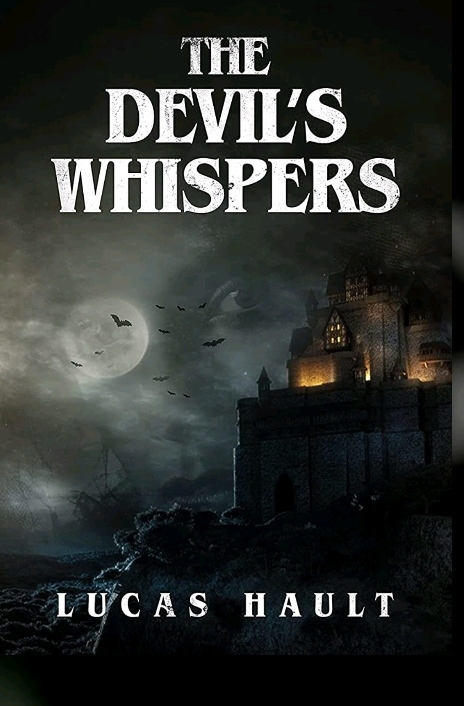 Gerard Woodward, a young lawyer, is invited to Cardiff to the castle of Lord Ferdinand Elvin Mathers who is on his death bed. The old man wants to amend his will. Very soon, he realises that he is a prisoner, locked up in his room and not allowed to leave. Meanwhile, across London there are children being abducted. There’s an ape-like creature on the prowl. Can London be saved or will evil take over the land?

The book reminds us of Bram Stoker’s Dracula. All the details point in that direction. The adversaries acting in darkness, being afraid of sunlight, eating of rats, the bite marks. The only difference here is that the author has created a mythical creature of his own, called Xana, while borrowing heavily from folklore surrounding vampires.

The author has a grip on the action sequences, but my overall impression was that it was all rather unoriginal. The inspiration from Dracula is all too evident, and there is nothing to set this tale apart. It’s fine to create a mythical supernatural adversary, but making them like vampires while calling them Xana is unacceptable.

The author creates a sense of mystery that doesn’t always seep out of the pages. I couldn’t feel the sense of intrigue. There are strange things happening in the castle. Gerard has odd dreams of being hunted. There are strange beasts chained to rooms, and strange sounds are heard.

For the most part, it’s hard to tell what the fuss is about. Lord Mathers sometimes appears to be on his deathbed and sometimes in perfect health. Gerard has no clue what’s happening. Nor do we, but with much less patience and with no fear.

The book is written as a collection of letters and journal entries by various people. These include Gerard, his fiancée Raelyn Atherton, a doctor, his best friend, Ralph Brewer, her best friend, Jayda, a nun and a priest, Fr Malcolm Isaac Simpson. Unfortunately, there are so many perspectives that they begin to sound alike. There is nothing to distinguish one from another.

The journal and letters as a form of narrative technique can be limiting. Letters work best if there are only two correspondents. The more, the messier. I thought that the use of 3rd person omniscient narration would have improved the story.

The writing consists of some words, now in disuse, and old-type sentence constructions. There were also some odd usage with regard to tenses. At one point, Raelyn’s eyes are described by Nathan, her cousin, as “savoury.” In Gerard’s journal entry, he refers to Mark Huddleston, as his ‘rival’. Adversary would have been the better word. It's not as if they are competing for the affections of the same woman.

In particular, Raelyn seemed totally unreal. Her anxiousness to learn the truth about a stranger, Mark Huddleston, is unbelievable. Also, she acts like a modern woman in 1903, which is unbelievable. She even uses curse words, which doesn’t fit her general persona at all. The author gives us the impression that men consulted female doctors back then as a matter of course.

The significance of the title was unclear, as was the reason for the abduction of children and the reason behind the house imprisonment of Gerard. We are not given any explanation about the Xana, their origin story, and why they exist.

All in all, not a book I’d recommend.