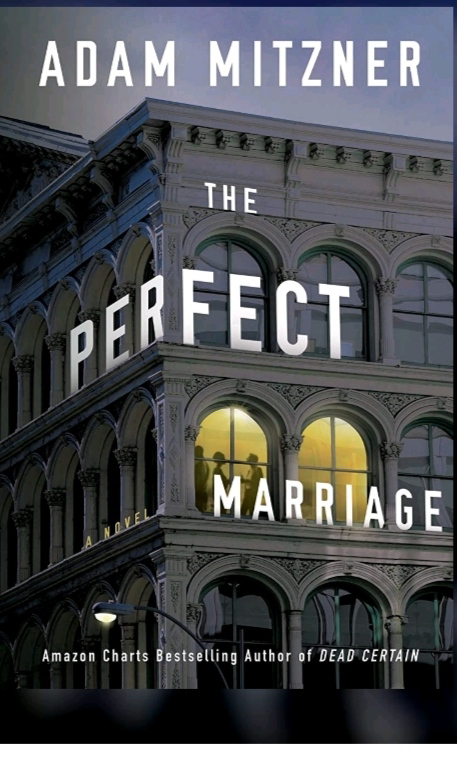 James and Jessica Sommers, happily married for a year, are in a great place in their lives. It’s the second chance at happiness for both of them. They throw a party in honour of their anniversary.

Jessica’s ex-husband Wayne Fiske is a wreck. On the surface, the divorce has been an amicable one. In truth, he misses her terribly. Their teenage son, Owen, is a source of worry as his cancer, once in remission, has returned.

James’s ex-wife, Haley Sommers, is bitter, having lost her husband and her job at the same time. She now has nothing. She gatecrashes the party and abuses and threatens him.

Days after the party, James, an art dealer, is trying to find the perfect buyer for a set of sketches made by a master. Sketches that Reid Warwick has offered him a huge commission on. A sum of money that could help in Owen’s cancer treatment. In the midst of the negotiations, James is found dead in his office.

The police suspect Wayne, Haley, Reid and Jessica. But none of the suspects are willing to give a DNA sample. Gabriel Velasquez and Asra Jamal are both non-white immigrant police officers, assigned to manage the investigation.

This was a murder mystery written in a different style, more character driven than plot driven. It is more about plot events coalescing and characters contributing to the plot. And for that reason, it might seem a little slow. The sense of mystery doesn’t overwhelm us.

I liked the tongue-in-cheek style of the book, evident from the Prologue. But the book is a slow burner. After we receive the hint, in the Prologue, that a homicide is going to happen, the crime doesn’t happen until the 41 percent mark.

The investigation was somewhat humdrum, marred by the fact that there was zero chemistry between Gabriel and Asra on the work front. Nor was the chemistry any better between Gabriel and his wife, Ella, even though the author used many words to tell us that things were sizzling between them. Gabriel and Ella seem like outsiders, looking in.

I liked that the author didn’t put the word, of, after the word, off. It’s a peeve of mine, AND it’s incorrect English.

The description of the courtroom proceedings and the cancer treatment were both handled with precision and sensitivity.

In the end, it seemed like a morality tale. The strong authorial voice gives us the impression of an omniscient Creator looking down upon the antics of His creations. I didn’t feel as if I was reading a thriller or a mystery.

I felt sorry for both Wayne and Haley. On the other hand, I didn’t feel any sympathy for the selfish James and Jessica. Their marriage was perfect but the road that led to it was riddled with errors that should have weighed heavily on them.