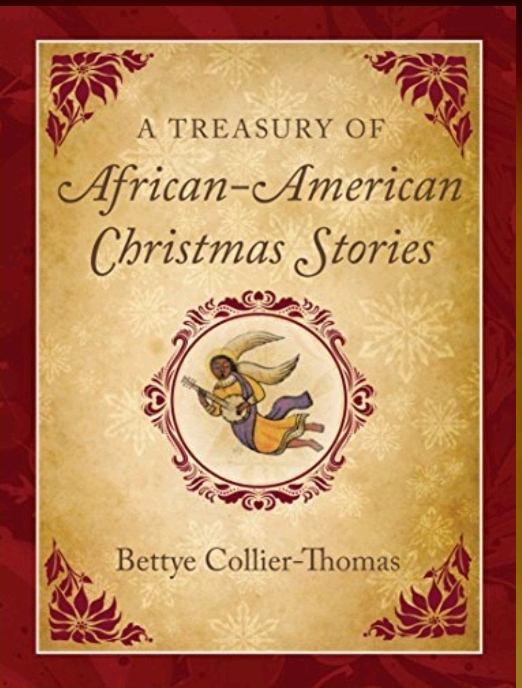 This is a collection of short stories and narrative poems written by black writers and political activists. The writing in this book forms part of the black literary tradition that flourished after the Civil War in America. This was literature as a form of political and social activism and it brings out the subjugation of black people in America.

I am mostly unfamiliar with the history of African-Americans in the US. Apart from a brief acquaintance that has emerged from the reading of books set in the American South, I know almost nothing of the struggles that black people have faced.

Each of the 4 poems and 18 stories is preceded by a detailed bio of the authors, the greats of black literature. The editor takes the trouble to give us the context and the history, helping us to appreciate the story better.

The Sermon in the Cradle by WEB DuBois sets the story of the Nativity in Benin in Nigeria, rooting the greatest story set in Bethlehem in Nazareth in another place and time. One in which the Baby Jesus continues to be sought by the powerful who seek to do Him harm.

A Carol of Color by Mary Jenness reminds us about how white Western culture has appropriated Jesus for itself, making Him white-skinned and blue-eyed in their own image. It was the imagery I grew up with too. To this day, the majority of churches in India continue to display Western iconography. This poem, though short, was apt.

The Christmas Reunion Down at Martinsville by Augustus M Hodges is a long, narrative poem, set in Kentucky around 1893. The poem introduces us to three generations of a family as they gather for Christmas. We come to know of the joys, struggles and history of Uncle Joe and Aunt Sallie Moore. Their story is emblematic of what African-Americans lived through as slaves, and after being given their freedom. We get a clear picture of the cruelties of the plantation owners and the patrollers they hired to control their slaves.

The Children’s Christmas by Alice Moore Dunbar lets us see Christmas through the eyes of give children who have never known the joys of Christmas. There is Julia, the daughter of an alcoholic, single mother, to whom Santa brings ‘another beatin’. Matilda, Jewish, growing up in an orphanage, knows nothing about Christmas but longs for a doll from Santa. Florence, who doesn’t have warm clothes, thinks Christmas means cold weather. Frank, nursemaid to his baby brother, longs for a toy at Christmas. Hattie is blind and sees nothing of the splendour of Christmas décor.

Christmas Eve Story by Fanny Jackson Coppin is a feel-good story. Two orphans, Maggie and Johnny, from a dirty hovel are adopted by a kind stranger after the death of their mother.

Mollie’s Best Christmas Gift by Mary E Lee shows us what Christmas was for middle-class black children. This story puts Christ back into Christmas at a time when feasting and gift giving had become popular.

A Christmas Story by Carrie Jane Thomas is about little Minnie, who plans to stay up to meet Santa and ends up dreaming about him.

Fanny May’s Christmas by Katherine Davis Tillman introduces us to Fanny May, whose mother is ill. Her father’s salary is low, and it doesn’t look like she will get a gift for Christmas. But of course, her parents and friends pitch in to give her an unforgettable Christmas.

Elsie’s Christmas by Salem Tutt Whitney is another heart warming story about little Elsie, who wants a doll with a pretty brown face, for Christmas. This was a time of reinforcement of racial pride.

General Washington – A Christmas Story by Pauline Elizabeth Hopkins was a story with a big heart. My heart went out to 10-year-old Buster aka General Washington. I particularly loved the tongue-in-cheek, indulgent tone of the narrator.

The Autobiography of a Dollar Bill by Lelia Plummer helped us understand the plight of impoverished young black street kids through the eyes of a dollar bill.

Mirama’s Christmas Test by Timothy Thomas Fortune shows us how upper-class black women took it upon themselves to improve their lot in life through hard work.

A Christmas Party That Prevented a Split in the Church by Margaret Black is a story of black church women trying to wield autonomy. This story had Jane Austenish overtones.

The Three Men and The Women by Augustus M Hodges, the only author to have a story and a poem included here, was about race relations. This story was dark and brought up the reality of lynching and the smug superiority that condoned and encouraged it.

It Came To Pass – A Christmas Story by Bruce L Reynolds was a sweet story about a miracle healing.

A Christmas Journey by Louis Lorenzo Redding was the complete opposite, ending on a dismal note, out of place with Christmas.

Uncle US Santa Claus by James Conway Jackson was a poem that demanded from the government the same rights and freedom to exist and thrive enjoyed by white people for the black people.

The Devil Spends Christmas Eve in Dixie by Andrew Dobson talks about the meaninglessness of Christmas rituals, and the mindless gaiety that it represents today, particularly when so much hate abounds in the form of lynching. This one is just as relevant in today’s time. This poem was hard-hitting.

In One Christmas Eve by Langston Hughes, a little boy is disillusioned and frightened when he learns that Santa Claus is just an old, white man.

Santa Claus is A White Man by John Henrik Clarke uses the same theme, but works out a darker ending. Once again, a little boy discovers that the myth of Santa Claus is a farce. Only this time, the child narrowly escapes a dire fate.

Merry Christmas Eve by Adele Hamlin is the beginning of a sweet romance.

White Christmas by Valena Minor Williams is also about Santa Claus, but brings in hope that things could be better for the little protagonist.

All in all, certainly a collection of stories that touched my heart.

(I read this book on Edelweiss. Thank you to the author, the publisher and Edelweiss.)